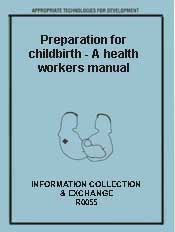 Pre-natal, childbirth and post-natal care of women and children are important aspects of public health efforts throughout the world. In Colombia, they are of high priority because according to Ministry of Health data for the period 1973-1976, some of the leading causes of mortality among women in their reproductive years were:

• Hemorraghing during pregnancy and birth.

• Toxemias of pregnancy and puerperium.

• Other abortions and those unknown.

• Sepsis at birth and during puerperium.

• Other complications of pregnancy, birth and puerperium.

These causes accounted for 19.4% of all deaths for women in the reproductive years. The five leading causes mortality for children under one year of age for the same time frame were:

• Enteritis and other diahrretic illnesses.

• Other causes of perinatal mortality.

They accounted for 63. 3% of mortality among this age group. All the causes cited above for maternal and infant mortality are also important morbidity factors.

These causes are all reducible. The profile just presented may not differ significantly from those of other developing countries.

Improved pre-natal, childbirth and post-natal education can produce positive impact upon the factors enumerated. This manual can be considered as an additional tool for the health worker engaged in maternal and child health activities at the primary, secondary or tertiary levels of care.