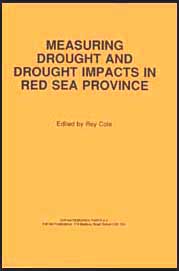 The present study is a reanalysis and a synthesis of the nutritional surveillance data collected by Oxfam Port Sudan from November 1985 to November 1987. The purpose of the study was to bring together data from six province-wide cycles of nutritional surveillance to provide an overview of the nutritional status of children in Red Sea Province, particularly with reference to significant changes over time and between different areas of the province. At the same time, a more detailed analysis of the data than had previously been undertaken was required to more accurately characterize malnutrition for future targeting and programme planning. This study also forms the basis for comparison with the nutritional status of children in Red Sea Province collected in 1989. These results are presented as a supplement to the present report. The following work was completed as part of a 90 day consultancy between June and November 1989, and in collaboration with the research section, Oxfam Port Sudan.