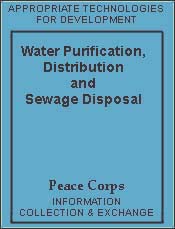 Under favorable conditions, any polluted body of surface water-stream or river, lake or pond - will rid itself of a certain amount of its pollution by means of nature, processes. This self-purification cannot de depended upon to bring about complete purification, but it may well improve the water quality sufficiently to ease the load on mechanical purification equipment.

When sewage is discharged into water, a succession of changes in water quality takes place. If the sewage is emptied into a lake in which currents about the outfall are sluggish and shift their direction with the wind, the changes occur in close proximity to each other and, as a result, the pattern of changes is not crisply distinguished. If, on the other hand, the water moves steadily away from the outfall, as in a stream, the successive changes occur in different river reaches and establish a profile of pollution which is well defined. However, in most streams, this pattern is by no means static. It shifts longitudinally along the stream and is modified in intensity with changes in season and hydrography.

When a single large charge of sewage is poured into a clean stream, the water becomes turbid, sunlight is shut out of the depths, and green plants, which by photosynthesis remove carbon dioxide from the water and release oxygen to it, die off. Depending on the stream velocity, the water soon turns nearly black. Odorous sulfur compounds are formed and solids settle to the bottom, forming a sludge. The settled solids soon decompose, forming gases such as ammonia, carbon dioxide, and methane or marsh gas. Scavenging organisms increase in number until they match the food supply. The oxygen resources are drawn upon heavily and, when overloaded, become exhausted. Life in such waters is confined to anaerobic bacteria (which exist when no oxygen is available), larvae of certain insects such as mosquitoes, and a few worms. There are no fish; turtles are generally the only forms of higher life present. This condition is known as the zone of degradation.

In a second zone, or zone of decomposition, more solids settle out, the water becomes somewhat clearer, and sunlight penetrates the surface. Oxygen is absorbed from the atmosphere at the air-water interface permitting the establishment of aerobic (oxygen available) conditions. The aerobic bacteria continue the conversion of organic matter into nitrates, sulfates. and carbonates. These, together with the carbon dioxide produced by decomposition as well as by bacteria and plant life, are food sources. With sunlight now penetrating the water, and with abundant food, algae begin to flourish and form a green scum over the surface.

In the third zone, or zone of recovery, algae become more numerous and self-purification proceeds more rapidly. Green plants utilizing carbon dioxide and oxygen will liberate in the say time more oxygen than is consumed, thus hastening the recovery of the stream. Simultaneously, the fish that require little oxygen such as catfish and carp, are also found. As the dissolved oxygen increases, more types of fish appear. After recovery, in the zone of cleaner water, fish find the stream highly favorable, as the algae support various aquatic insects and other organisms on which fish feed. The water is clear or turbid according to concentration of algae, and may have odor for the same reason.

Throughout the stages of recovery of self-purification, disease organisms are greatly reduced in number because they lack proper food, and experience unfavorable temperatures and pH values of water. However, the water is still dangerous since all disease organisms have not perished,

Self-purification in lakes and ponds is brought about by the same processes as in rivers arid streams. However, currents are not as strong and sedimentation plays a larger role. Large deposits of sludge, dead algae, and other organic material build up on the bottom. In deep lakes, self-purification is aided by seasonal "overturns."' This is simply an exchange of bottom water for surface water which occurs in the spring and fall, caused by the difference in the temperature of the water at the surface and bottom of deep lakes.