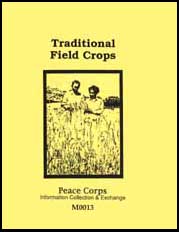 Many natural controls act to keep insects in balance:

• Weather factors like temperature and rainfall can restrict the distribution of an insect species. For example, mites and leafhoppers are usually more prevalent under dry conditions.

• Frogs, toads, lizards, moles, and birds are some of the many animals that feed largely on insects.

• Beneficial predator insects like ladybugs feed on aphids, while others like the braconid wasp and tachnid fly lay eggs on or in certain pests which are killed by the developing larvae. Some predator insects like the praying mantis eat beneficial insects as well, however. Insects are also attacked by viruses, fungi, and bacteria which help keep populations down.

As agricultural activities have increased, many of these natural balances have been upset and can no longer be relied upon to keep harmful insects under control. Monoculture and the existence of vast areas under cropping have led to marked increases in a number of insect pests. Indiscriminate use of pesticides has actually resulted in buildup of harmful insects in some cases. Many of the traditional crop varieties, despite their lower productivity, have better insect resistance than some of the improved varieties.

Biological control is the purposeful introduction of predators, parasites or diseases to combat a harmful insect species. About 120 different insects have been partially or completely controlled by this method in various parts of the world. Microbial insecticides such as Bacillus thuringiensis (effective against a few types of caterpillars) are now commonly used by farmers and gardeners in many areas. Unfortunately, biological control measures are presently effective against a very small portion of harmful insect species.

Cultural controls such as crop rotation, intercropping, burying crop residues, timing the crop calendar to avoid certain insects, and controlling weeds and natural vegetation that harbor insects are all effective control methods for some insects. In most cases, however, cultural controls need to be supplemented by other methods.

Crop varieties differ considerably in their resistance to certain insects. For example, maize varieties with long, tight husks show good resistance to earworms and weevils. Researchers at CIAT have found that some bean varieties are relatively unaffected by leafhopper damage during the wet season, while others suffer yield losses of up to 40 percent. Screening for insect resistance is an important part of crop breeding programs.

"Organic" control refers to non-chemical methods in general. These include the application of homemade "natural" sprays made from garlic, pepper, onions, soap, salt, etc., and the use of materials like beer to kill slugs and wood ashes to deter cutworms and other insects. Some of these "alternative" insecticides are slightly to fairly effective on small areas like home gardens and where insect populations are relatively low. They are seldom feasible or effective on larger plots, especially under tropical conditions that favor insect buildup.

Chemical control refers to the use of commercial insecticides in the form of sprays, dusts, granules, baits, fumigants, and seed treatments. While some of these insecticides like rotenone and pyrethrin, are naturally derived, most are synthetic organic compounds that have been developed through research.

• They are the only practical means of control once an insect population reaches the economic threshold of damage on a commercial-size plot.

• They are available with a wide range of properties, species effectiveness, and application methods.

• Insect resistance to pesticides: This is a growing problem. By 1961, 60-70 species had developed resistance to certain products, and the number had increased to around 200 by the mid-1970's.

• Outbreaks of secondary pests: Few insecticides kill all types of insects, and some actually promote the increase of certain pests. For example, continual use of Sevin (carbaryl) in the same field may increase problems with some types of aphids which it does not control well.

• Damage to non-target species: These include beneficial predators such as bees and wildlife.

• Residue hazards: Some chlorinated hydrocarbon compounds like DDT, Aldrin, Endrin, Dieldrin, and Heptachlor are highly persistent in the environment and may accumulate in the fatty tissues of wildlife, livestock, and humans. Many other insecticides are broken down into harmless compounds fairly rapidly.

• Immediate toxicity: Some insecticides are extremely toxic in small amounts to humans and animals. Again, it is important to realize that insecticides vary greatly in their toxicity.

Current Status of Insecticide Use in the Reference Crops

At the present time and for the immediate future, insecticide usage will often be an essential part of any package of improved practices for the reference crops. For this reason, all extension workers must learn the basic principles of safe and effective insecticide application. Some extension workers may be personally opposed to the use of these chemicals, but it is a fact that farmers throughout the developing world are using them, often in an unsafe and indiscriminate manner due to the lack of proper instruction. Most developing countries have few, if any, pesticide regulations or restrictions on environmentally harmful products like Aldrin or highly toxic ones like Parathion. By instructing farmers in safety precautions and in the appropriate choice and use of insecticides, the incidence of human poisoning and possible environmental damage can be greatly reduced.

The disadvantages of total reliance on insecticides have given rise to integrated pest control or pest management which involves the judicious use of these chemicals based on the following guidelines and principles:

• The development and use of cultural and other nonchemical control methods to avoid or reduce insect problems.

• Determining crop tolerance to pest damage based on the principle that complete freedom from pests is seldom necessary for high yields. Nearly all plants can tolerate a surprising amount of leaf loss before yields are seriously affected.

• The appropriate timing and frequency of treatments to replace routine, preventative spraying. Treatments are not initiated before the particular insect has reached the economic damage threshold, which will vary considerably with the species. Insect scoutinglooking for related kinds and number of insects and their density and population counts-is an essential part of this system.

The advent of integrated pest control dates back to the early 1970's, and most of the efforts have been directed at cotton where insecticides frequently account for up to 80 percent of total production costs. Some remarkable successes have been achieved with other crops as well. For the reference crops, integrated pest control is still in the very early stage, especially in developing countries.

Insecticide safety guidelines, toxicity data, and first aid measures are covered in Appendix J, which should be referred to before working with insecticides.