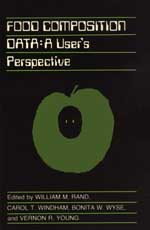 The next National Health and Nutrition Examination Survey (NHANES III) is scheduled to begin in 1988. We have already begun planning for the survey. Among the topics being considered are the content, sample design, data processing, co-ordination with other surveys, addition of a longitudinal component, and the possibility of continuous monitoring of special groups.

Suggestions for content will be solicited from federal agencies, the legislative branch, the public health and nutrition communities, researchers, foundations, and associations. A variety of mechanisms are being considered to gather recommendations from these groups including letters, meetings, and advertisement in journals.

Concurrent with decisions about survey content, preliminary decisions must be made about sample design, data processing, co-ordination with other surveys, addition of a longitudinal component or continuous monitoring of high-risk groups. Some of the questions to be answered include: whether it is feasible to include primary sampling units from the Health Interview Survey or the Nationwide Food Consumption Survey as primary sampling units in NHANES III; where automation can improve turn-around time, cut costs, and decrease errors; and whether NHANES III can use the same food composition data base that was used in the Nationwide Food Consumption Survey. It is conceivable that the dietary interview could be automated in NHANES III. Coding and edit checks would be accomplished during data entry while the interview is conducted. Changes could also be made to the current format, increasing the number of 24-hour recalls per person, for example.