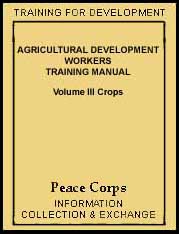 CUTWORMS: Place a collar made of cardboard or a paper cup around the stem so that it extends from about 2 cm below the soil surface to about 5 cm above ground. Don't place the collar deeper or you may restrict the root system of the transplant. Wrapping the stem with several layers of newspaper or a couple layers of tin foil works great too. So do small Juice cans or beer cane cut down to the right size.

SLUGS & SNAILS: Stale beer (or water and yeast) placed in shallow pans in the garden is very effective at attracting and drowning the critters. However, if the container is placed on top of the mulch, slugs are unlikely to reach it. Other remedies are:

1. Place a wide board on the ground in the late afternoon. By next morning, lots of slugs and snails can be found under it; crush them.

2. Sprinkling coarse sand, wood ashes, lime, or diatomaceous earth around the plants' base will repel them. (Caution: too much lime may raise the pH too much.)

3. If using mulch, keep it several inches away from the plant rows; slugs like to hide and feed under it.

4. Keep the field clean of weeds and debris.

1. Crop rotation: Sometimes difficult or impractical since most types of nematodes have many crop hosts (see section on nematodes later on in this tech reference package).

2. Resistant crop varieties: Varieties of a crop will vary in their resistance, and some (i.e. Roma VFN and Better Boy VFN tomatoes, Nemagold sweet potatoes, and others) are good enough to rate the name "nematode resistant variety". Check out what's available in your host country.

3. Plowing up roots of nematode infested crops right after harvest will expose them to sunlight and drying, which will kill many of the nematodes; however, many are likely to be left in the soil itself.

5. Antagonistic plants: Many organic garden books suggest interplanting marigolds among susceptible crops to control nematodes. Unfortunately, research has shown that marigold species vary in their nematode fighting ability which is also limited mainly to certain types of nematodes (root knot, root lesion). Furthermore, nematodes aren't killed by marigolds but only repelled or starved out; this means that interplanting marigolds among susceptible crops isn't effective, since the nematodes still have a food source. You would need to plant marigolds solidly and exclusively for a few months.

7. Sugar: 8 kg of sugar/sq. meter worked into the top 15 cm of soil is said to control root knot nematodes; this may be worth a try if you're in a low cost sugar area.

COCKROACHES: 1 lb. boric acid crystals mixed with 1 can of condensed milk (the thick, sugary stuff). Hake pea size pellets out of this, place on pieces of tinfoil and use one per room. Will keep a year under refrigeration. Results vary from mediocre to fairly good.

BIRDS: Soaking large seeds like maize in turpentine before planting may be a fair repellent to seed eating birds. An effective method for vegetable gardens and larger plots is continuous string flagging which uses cloth or plastic streamers 5-6 cm wide and 50-60 cm long. The streamers are attached at 1.5 meter intervals to string twine which is strung along heavy stakes at least 1.2 m tall which are spaced about 15 m apart.

ANOTHER CUTWORM REMEDY: Tie wild or cultivated onion stems around the stems of susceptible plants at the soil surface.

CORN EARWORM: Inject 1/4 of a medicine dropper's worth of mineral oil into the tip of each corn ear; begin as soon as silks appear and repeat every 3 days until silks begin to brown.

INTERPLANTING GARLIC AND ONIONS among other crops to repel insects: Gives poor to sometimes fair control of some insects, but don't rely on it under high insect pressure.

BENEFICIAL PREDATOR INSECTS: Lady bugs, lacewing bugs, tachnid flies, braconid wasps, praying mantids are among the more common. Where they occur naturally, they can make a big contribution. Trying to introduce them is seldom effective, since they tent to disperse.

1. Bacillus thuringiensis (Dipel, Thuricide, Biotrol): Made from a natural bacteria that kills many types of caterpillars such as cabbageworms, earworms, armyworms, and hornworms. Non-toxic to humans and animals. Slow acting--insects don't die immediately but stop feeding within a few hours; apply while they're still young for best results.

2. Bacillus popillae: Causes milky spore disease in Japanese beetle grubs and some other beetle grubs when applied to the soil.

All of them except nicotine spray (which isn't really "organic") will only repel some types of insects to varying degrees and may need daily application.

Bug Juice Spray: You need a strong stomach for this one, and it's of fickle effectiveness. Collect up to half a cup of a bad guy insect like cabbage loopers, stinkbugs, etc. Add 2 cups of water, place in a blender, and whiz it up. Organic Gardening says this solution can be diluted up to 1:25,000 but that sounds like a misprint! Try it 1:5 or 1:10 for starters. Use it within an hour or two or freeze it to prevent possible contamination by Salmonella bacteria (food poisoning). Clean your blender well. In some cases, bug juice actually attracts insects; cutworm juice is known to attract cutworms. Some success has been reported with aphids, cabbage loopers, and stinkbugs plus a few more. Don't use flies, ticks, fleas, or mosquitos since they may harbor diseases or parasites.

Plant Juice Spray: Find a non-poisonous weed or plant leaf unbothered by insects; choose smooth leaf plants, not hairy ones, and then dilute no more than 5 fold with water. Wormwood is said to kill slugs, crickets, and aphids.

Hot Pepper Spray: Grind hot pepper pods and mix with an equal amount of water. Add a little soap powder. Try it at a 1:20-1:30 dilution with water. Be sure to strain it well before putting it in the sprayer tank.

Citrus and Banana Peel Spray: Let banana and citrus peels soak in a pail for several days. Spray the mixture on plants and place the spent peels at their base.

Milk Spray: Using milk full strength is deadly to many bugs but what a waste of protein! By the way, it's been shown that dipping one's hands periodically in milk or a powdered milk solution when transplanting tomatoes can significantly cut down the spread of mosaic virus by contact from plant to plant.

Salt Spray: A tablespoon in 2 gallons of water supposedly gives fair to good control of cabbage worms; 2 tablespoons/gallon supposedly controls spider mites but test a plant or two for leaf burn first with the spray.

Vegetable oil; Apply with a sprayer; may kill insects by plugging up their pores.

Soap spray: For soft bodied insects like aphids, thrips, whiteflies, mites, but not leafhoppers. Vegetable or plant derived soaps are better for this than petroleum derived ones.

Nicotine Extract: For sucking insects like aphids, leafhoppers, whiteflies, thrips, and spider mites along with many other non-suckers. Most effective during warm weather. Soak 1-2 cheap shredded cigars overnite in 1 gallon water. Strain and add one teaspoon of household detergent. CAUTION: Nicotine is poisonous to humans and animals; it can be absorbed through the skin in harmful amounts. It can also spread tobacco mosaic virus to tomatoes, peppers, eggplant, and potatoes.

Flour: Sprinkle on cabbage plants in early morning when dew is heavy. Supposedly control. cabbageworms and their moths by sticking to them and then hardening as it dries out.

Wood ashes: May repel some types of insects of sprinkled on plants; if spread in a ring around plants and moistened, they may repel cutworms.