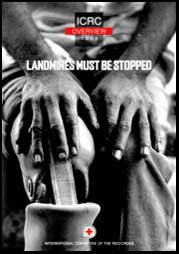 In 1997, the anti-landmine work of the International Red Cross and Red Crescent Movement, the International Campaign to Ban Landmines (ICBL) and various governments concerned culminated in the successful adoption of a new international humanitarian law treaty banning anti-personnel mines. Subsequently signed by 123 States by the end of 1997, the Convention on the Prohibition of Anti-Personnel Mines and on their Destruction (more commonly known as the “Ottawa treaty”) represents a true victory for humanity in the continuing struggle to alleviate the humanitarian suffering caused by the use of millions of antipersonnel mines in dozens of countries around the world.

The ICRC became heavily involved in the mines issue at the beginning of the 1990s as a result of the experiences of its field staff, especially surgeons who were treating increasing numbers of mine victims, including an appalling proportion of civilians. An international symposium on landmines, held in Montreux in April 1993, brought together legal, medical and military experts from interested governments, agencies and organizations. In February 1994, following my public call for a total ban on anti-personnel mines, the ICRC launched its first ever public advocacy campaign against landmines using the slogan “Landmines must be stopped”. Using a combination of public and private lobbying supported by powerful images and data on numbers of mine victims, the campaign has worked with interested National Societies to raise awareness of the mines problem and to persuade governments that the only effective solution to the epidemic of mine injuries is the total prohibition of anti-personnel mines.

The strength and effectiveness of the international effort against landmines has largely derived from the close cooperation between the Movement’s landmines campaign and the ICBL, with a number of National Societies playing an active role in both. It was through this remarkable effort that the Convention on the Prohibition of the Use, Stockpiling, Production and Transfer of Anti-Personnel Mines and on their Destruction entered into force on 1 March 1999. The treaty’s universalization and full implementation remains a priority for the entire Movement, and National Red Cross and Red Crescent Societies have a key role to play in providing advice on national legislative measures needed to implement the treaty’s provisions. Each State adhering to the Convention will incur specific obligations that will become formally binding from the date of entry into force of the Convention for that State. In particular, National Societies can actively promote the practical implementation of the obligation which will be faced by States in a position to do so to support assistance to mine victims and mine awareness programmes. Furthermore, in order to make the prohibition of anti-personnel mines truly universal, continuing efforts will be required by all components of the Movement to convince non-signatory States to adhere to the Convention as soon as possible. The ICRC and the Movement must also continue to address the impact of anti-personnel mines by implementing preventive and curative programmes.

It is my profound hope that the collective efforts of governments, international and regional organizations, the International Red Cross and Red Crescent Movement and non-governmental organizations will ensure that future generations are spared the horrors of anti-personnel mines. 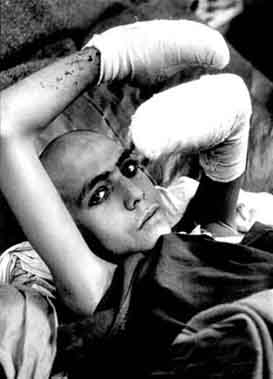 Powerful images and hard-hitting text back up the Movements landmine campaign. 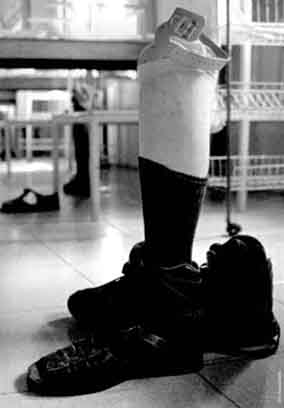