The inland mountains are also occupied by minority ethnic groups. These groups are numerous and poorly controlled by the central powers. The population density is there obviously limited and the mountains are far from being easily accessible. They are only concerned with scarce selective projects liable to open the area especially towards China. The fulfilment of such projects will however depend on the development of international relationships that are often strained in the area. According to ESCAP, the principal advantage of the Mekong Committee lies in "strengthening co-operation, mutual understanding and trust among the riparian countries" (15). While these mountains are not subject to the most intense cyclones, however they may experience droughts and suffer from flash floods and mass movements, which makes the access still more difficult. 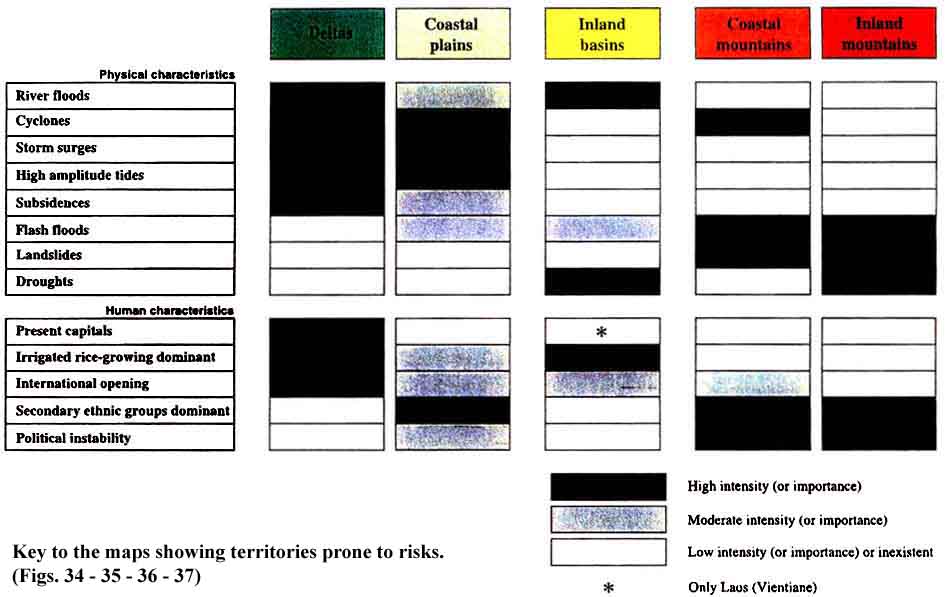 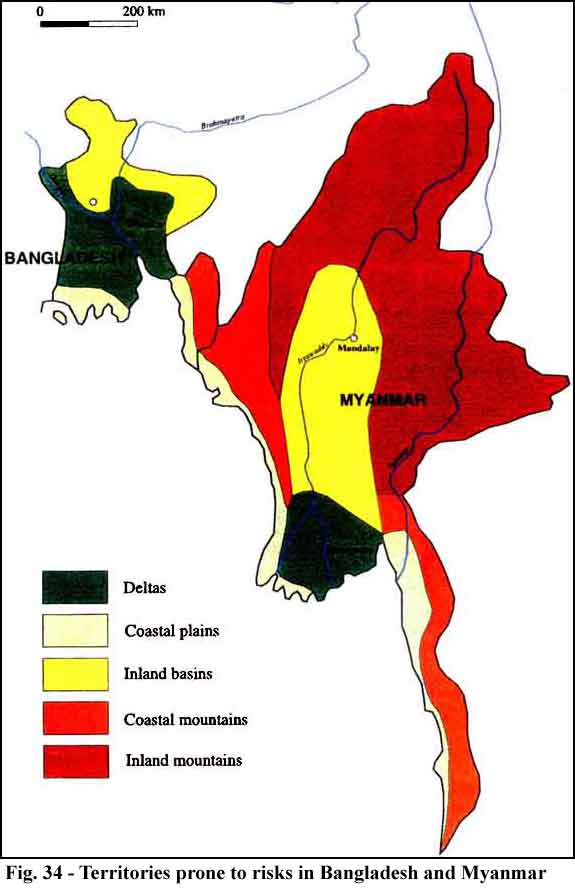 Fig. 34 - Territories prone to risks in Bangladesh and Myanmar 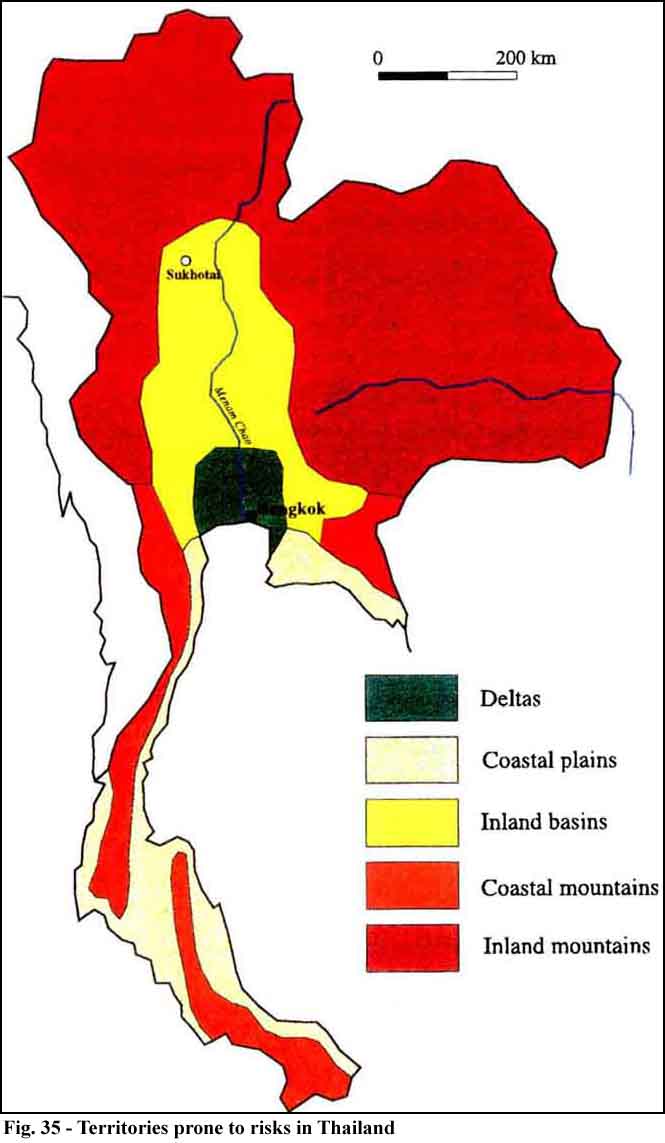 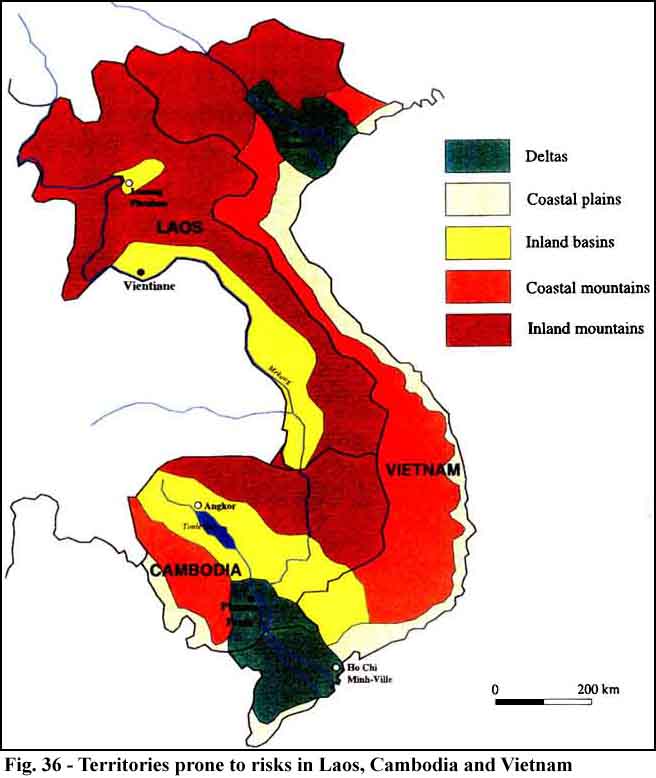 Fig. 36 - Territories prone to risks in Laos, Cambodia and Vietnam 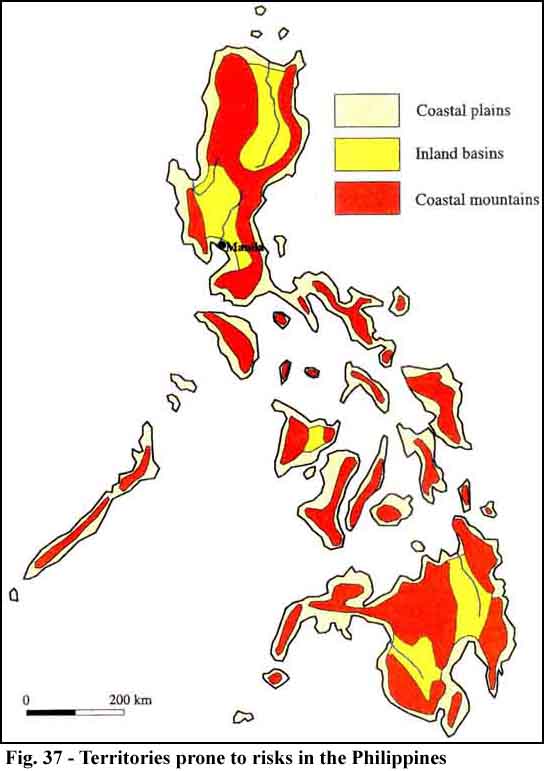 Fig. 37 - Territories prone to risks in the Philippines