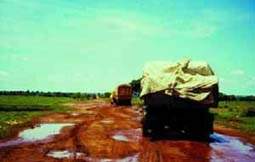 Madagascar: From lorry to ship and back to Europe - return to sender is the most common method of disposal. (1) 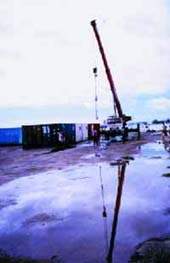 Madagascar: From lorry to ship and back to Europe - return to sender is the most common method of disposal. (2) 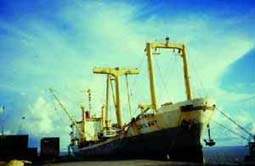 Madagascar: From lorry to ship and back to Europe - return to sender is the most common method of disposal. (3)

Few waste disposal techniques actually satisfy the goals of - and stringent legal requirements for - the environmentally sound disposal of hazardous waste. Suitable waste disposal facilities are few and far between, particularly in developing countries, many of which have none at all. Among experts, the incineration of pesticides at temperatures above 1,000°C in special high-temperature incinerators is viewed as the presently most economical and environmentally sound form of waste management.

While diverse research institutions in industrialized countries are investigating new methods of disposal, each of them tends to be focused on certain specific problems, usually on a small scale. Such methods are only of conditional value for developing countries, where large quantities of obsolete pesticides and baseline pollution are in need of disposal. Often, the waste in question does not consist of pure substances but of mixtures made up of several substances that are no longer individually identifiable. In almost all cases, there are also contaminated containers, canisters, pallets and soil to be dealt with.

For these reasons, no single technique can be recommended. Each new case requires new reflections and new decisions.

In earlier times, for lack of suitable facilities, proper disposal in developing countries was a rare occurrence. In fact, that is basically the case even now. Frequently, the only solution is to take the pesticides to an OECD country for destruction in a dedicated high-temperature incinerator. Such consignments could well carry the stamp “Return to Sender”, because it was the industrialized world that sent the pesticides to the developing countries in the first place. This is seen as the “classical” or traditional disposal route.

On the other hand, it also amounts to a risky, expensive business. It involves huge inputs, beginning with the tendering procedure, for there are very few disposal enterprises that are really focused on the special situation of developing countries.

Time and again, the administrative scope is direly underestimated. The Basel Convention and the EU directives pertaining to the transboundary movement of waste have, in principle, created effective instruments with which to prevent “waste tourism”. This, in turn, presents other problems: The original intent was to put a stop to the cheap disposal of hazardous waste from industrialized countries in the Third World. That has met with only partial success. Indeed, these same rules often effectively hamper the reverse route, too: No matter how they originally acquired the hazardous waste, developing countries and those charged with their waste disposal encounter substantial bureaucratic obstacles in trying to get toxic waste out of the country. 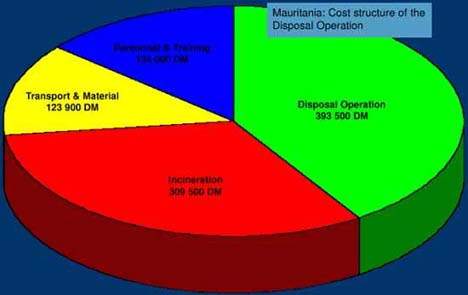 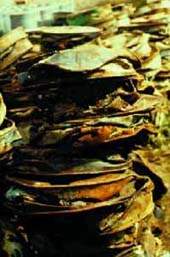 Mauritania: The crushed drums were also sent back for disposal.

Nevertheless, as long as the country in question has no reasonable domestic alternatives, this remains the only possibility. Moreover, the industrialized countries carry a special measure of responsibility in connection with pesticides, for it was they who in one way or another were involved in the supply of most pesticides in the first place. The special incinerators are located there, as are the producers of the subject substances, i.e., the keepers of the product-specific know-how.

For that reason alone, the producers should be involved in disposal planning from the very start. Indeed, the producers’ commitment has waxed significantly in recent years (cf. section 6). If industry were made to systematically share in the expenses of disposal, this would mean a tangible disburdenment of public-sector development assistance. After all, it costs between US $ 2,500 and US $ 4,500 per ton to return pesticide waste to an industrialized country. This covers the cost of everything from stocktaking to the actual incineration.

It would, of course, be disastrous to adopt unsuitable methods in order to save money. Hasty activism can cause serious damage that would cost even more to fix afterwards. Certainly, the problem cannot be solved by simply burying or burning the pesticides.

Nor is there any reason to act prematurely if the potential risks are systematically assessed. Immediate hazards to human health or the environment can be warded off by initial remedial measures, perhaps even the mere refilling of chemicals into new containers. This will always buy enough time for subsequent well-planned forms of disposal.

This could include returning the waste to its country of origin, if that is the only possibility. 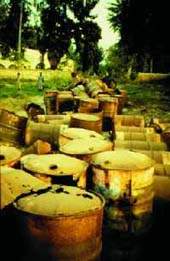 Pakistan has accumulated one of the world’s largest stockpiles of obsolete pesticides. 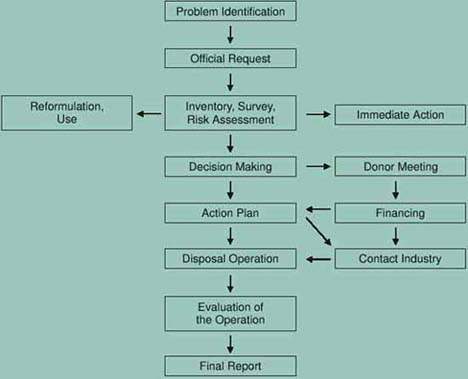 Step by step: From identification to evaluation.