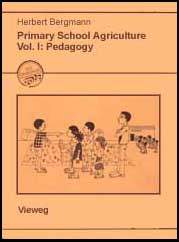 Agriculture has been carried out most of the time and in most countries of the world by illiterate or poorly educated people. Sometimes, education and the pursuit of knowledge have been set in opposition to agricultural activities. Not too long ago, in Europe, the terms for farmer carried an additional meaning of being uncultured, ignorant, rude, and dirty. In many African countries today pupils who take up farming after primary school are still considered a failure. Rural areas are often labelled as backward, traditional, underdeveloped and closed to new ideas. Would it not therefore seem that agriculture and science are direct opposites, excluding each other? Of course that is not true, and "Scientific Agriculture" is on the syllabuses for primary education in many African countries.