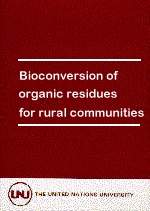 Procedures for nutritional evaluation in humans

Once non-traditional food sources began to be utilized for human consumption, guidelines for their safety had to be established. The PAG documents already mentioned (2, 3) include complete evaluation of novel protein sources in at least two animal species before any clinical trials, using the procedures described in Figure 1.

Figure. 1. Procedures for Measuring the Nutritive Values of Proteins

The protein evaluation tests summarized in the figure fall into two categories: Those based on weight gain of the animals, and those based on carcass protein deposition. Most of the methods are one-point assays; however, multiple points are preferred, particularly in view of the linear relationship, which permits a fairer evaluation of the protein under study. For those methods based on weight changes, protein intake is also calculated to determine protein efficiency ratio (PER), net protein ratio (NPR), and others. Carcass nitrogen deposition can be measured either directly in experimental animals, or by the nitrogen balance method, which is applicable to both animals and man. Nitrogen balance is defined as the difference between nitrogen intake and total output in faeces and urine. The methods based on these measurements are net protein utilization (NPU), biological value (BV), and nitrogen balance index (NBI). The former two represent one-point assays; the latter is a multiple-point assay.

The protein quality evaluation method used in our laboratories with children and young adult human subjects is the multiple-point intake technique (NBI), where the material under study is the only source of protein and the only variable, with intake of other essential nutrients, such as calories, vitamins, and minerals kept constant and at adequate levels (Figure 2). Basically, it consists of feeding the protein source, with other non-protein foods providing flavour and texture, at three or four levels of intake, one level below the nitrogen equilibrium line, one or two close to it, and one above. The purpose of such a feeding system is to obtain the relationship between nitrogen or protein intake, or the amount absorbed, and nitrogen balance. This last term - nitrogen balance - is equal to the difference between intake and total excretion of nitrogen as measured in faeces and urine. Regression analysis of the results obtained provides an index of biological value, represented by the coefficient of regression, or the slope of the line when it is calculated from the nitrogen absorbed and nitrogen retained values. The magnitude of the slope is an index of the efficiency of protein utilization. Values approaching one show the highest efficiency. When the regression is calculated between nitrogen intake and nitrogen balance, the coefficient is equal to net protein utilization, and again shows the efficiency of utilization. An example for three protein sources is shown in Figure 3, where the different regression coefficients indicate different protein quality values.

Figure. 2. The Basic Principle of the Nitrogen Balance Index

This method of evaluating protein quality provides additional data. Furthermore, the point of interception at the equilibrium line indicates the amount of protein required for maintenance purposes. The application of this technique varies to some extent when used in children. The main difference is that diets without nitrogen are not fed to children in contrast to diets fed to adults, for whom this step is necessary in order to promote adaptation to low-protein intakes. Furthermore, protein levels of intake fed to children are higher than those for adults, because children have higher protein requirements to allow for growth.

The duration of this experimental method is usually long because it is a multiple-point assay, and because there is usually an adaptation period before collection of biological material for analysis. The usual time is about 36 days. We recently proposed a modification of this method that reduces the time to nine days for young adults (7), and studies are currently under way to apply it to children. Some data on values obtained by our modified short-term method compared to those from the conventional assay are shown in Table 1. These data strongly suggest that the experimental time may be decreased without major differences in protein quality evaluation results (8).