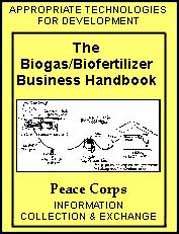 ACID: A sour substance. A usually water-soluble chemical compound that has a sour taste, reacts with a base substance to form a salt, and turns litmus paper red. Acids, depending on their strength, can chemically burn or dissolve other substances. Stomach acids help dissolve food.

AERATION: To supply with or mix with air.

AEROBIC: With oxygen. An aerobic organism can live only where there is oxygen.

ANAEROBIC: Without oxygen. An anaerobic organism can live only where there is no oxygen.

BACTERIA: Simple, primitive types of life which reproduce by dividing. Bacteria occur as single cells, groups of cells, chains or strings of cells, and cannot be seen without a microscope because of their small size. Three types of bacteria are: (1) Aerobic bacteria which need oxygen from the air in order to live; (2) anaerobic bacteria that can only live where there is no air with oxygen in it; and (3) pathogenic bacteria, some aerobic, some anaerobic, which can cause disease in plants and animals. Not all, or even most, bacteria can cause diseases.

BASE: A bitter substance. An alkaline chemical compound such as lime or ammonia that can react with acids to form a salt and turns litmus paper blue. Bases, depending on their strength, can chemically burn or dissolve other substances.

BIOFERTILIZER: A fertilizer made from decomposed organic matter. In this book biofertilizer usually refers to the organic waste, called sludge, that has been taken from the outlet of a biogas digester. This sludge is 90 percent liquid. Another biofertilizer mentioned in this book is the traditional organic fertilizer called compost.

BIOGAS: A mixture of gases produced by the actions of living organisms. People produce carbon dioxide; plants produce oxygen; and some types of anaerobic bacteria produce methane, carbon dioxide, a little hydrogen sulfide, and traces of a few other gases. Though technically any gas produced by a living organism is a biogas, it is only the mixture of gases produced by anaerobic bacteria that is commonly called biogas.

CARBON DIOXIDE: A heavy, colorless gas that does not burn. Carbon dioxide can be formed by the burning or decomposition of organic matter.

C/N RATIO: The ratio in organic matter between the amounts of the two basic building blocks of life: the elements carbon and nitrogen.

CONDENSATION TRAP: A trap which collects a gas such as steam (water vapor) and changes it into a liquid such as water.

DECOMPOSE: To reduce from complex to simple. To rot, to break down, to decay--a process in which bacteria often play an important role.

DETENTION TIME: It is the number of days that organic waste is supposed to remain inside a biogas digester from the day it is put into the inlet to the day it comes out of the outlet.

DIGESTER: An airtight, watertight tank in which organic matter is stored for the purpose of permitting anaerobic digestion until the organic matter no longer carries any disease-causing organisms and most of the potential for producing methane gas has been used up.

DIGESTION: The biological breakdown, by living organisms, of organic matter into forms that can be absorbed by living cells. Digestion takes place in the bacteria of biogas digesters and in the stomachs of animals and people.

DUAL-FUEL ENGINES: Engines that have been adapted to operate on a mixture of two kinds of fuel--in this case--diesel fuel and biogas.

ENZYMES: Chemicals which help to break down or form organic molecules.

FERROCEMENT: A type of reinforced concrete made of wire mesh, sand, water, and cement. It is strong and long lasting. In comparison to other types of concrete, ferrocement is flexible. It is usually only 1.0 cm (0.5 inch) to 5.0 cm (2.0 inches) thick. Used for many years to build boats, ferrocement is now being used to build water tanks, grain storage bins, and biogas digesters.

GALVANIZED IRON (GI SHEETS): Iron that has been coated with zinc in order to resist rust.

HORSEPOWER: One horsepower is a unit of power equal to 746 watts of electricity. Brake horsepower is very different. It is the power of an engine as calculated from the force exerted on a friction brake or absorption dynamometer applied to the flywheel or shaft or the engine.

HUMUS: Organic matter formed by the decay of dead plants. Humus is essential to the fertility of soil.

METABOLISM: The process of using biological energy. The sum of all physical and chemical changes which take place within an organism. The changing of the chemical energy of food into mechanical energy (your arm moving) and heat (your body's temperature).

METHANE: A compound of the elements carbon and hydrogen. Methane is a colorless, odorless gas that can burn. Methane is 60 to 70 percent of biogas. Methane is also found underground, often with deposts of oil. It is sold by oil companies as a fuel called natural gas.

MOLECULE: The smallest unit into which a substance can be divided without a change in its chemical nature.

NUTRIENT: A substance that has food value to a living organism.

NUTRITION: Nutrition is the process of taking in and using food.

ORGANIC: All plant and animal matter, living and dead. All organic matter is made in large part of the basic elements--carbon, nitrogen, oxygen, and hydrogen.

ORGANISM: Any living thing, such as animal, plant, or bacteria.

OXYGEN: A nonmetallic element occurring free in the air as an odorless, colorless, tasteless gas. Animals breathe air for the oxygen in it. Oxygen in combination with other elements is three-fourths of the animal world by weight, four-fifths of the plant world by weight, one-half of the mineral world by weight, eight-ninths of all water by weight, and one-fifth of the air by volume. pH: A measure of how acid or base (alkaline) a solution or substance is. Most all living things prefer a balance of acid and base--a natural pH. Both strong acids and strong bases can chemically burn and destroy living matter.

RUST: Rust is the result of iron combining with the oxygen in air and forms a red or orange coating on the surface of iron.

SLUDGE: The organic plant and animal slurry when it is removed from a biogas digester after the production of biogas. Sludge is 90 percent liquid, 10 percent solids (mostly humus). Biogas sludge makes an excellent fertilizer.

SLURRY: The plant and animal matter, mixed with water, that is put into a biogas digester. Slurry should be about 90 percent water.

SOLDER: Solder (pronounced sod-er) is a soft metal alloy that joins harder metal objects together without heating them to the melting point. The solder is applied in a melted state.

SPARK-IGNITION ENGINES: Ordinary gasoline-powered engines in which spark plugs are used to ignite the gasoline.

STARTER: Fresh sludge from a working digester which because it is full of biogas-producing bacteria, can be used to speed up the start of biogas production in a new digester.

WASTE: The word waste is used in this book to refer to organic matter that does not have a purpose more important than being used as "food" for a biogas digester.