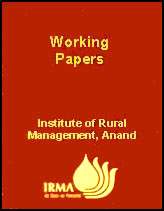 A question that needs to be asked is, why has there been a tendency to ignore or underplay fundamental issues relating to illiteracy and special educational needs of adult women? Feminists are of the view that this is because men are in positions of power and decision-making, where patriarchal values prevail. Male dominance in literacy policy making has invariably resulted in ‘time-bound’ plans and projects that do not come to grips with the structural constraints such as the social and cultural factors that condition attitudes towards women and women’s education. Since poor women constitute the majority of non-literate adults, they are conveniently blamed for their lack of participation in educational programmes due to poor motivation.

Furthermore, the neglect of education of illiterate women is due to the welfare orientation of the government towards women (Patel 1987). In general, the government has attempted to improve the status and conditions of women through welfare programmes which emphasise their home-based and reproductive role in society. As a result, most adult literacy programmes for women have reinforced women’s role as wives and mothers and ignored the productive role they play in society. Despite lip service to ‘integrating’ women in the development process, women’s education has been viewed in isolation. Seldom has an attempt been made to link women’s education to the larger social and economic policies that impinge upon their educational needs.

What is then offered to women are ‘safe’ literacy programmes, which affirm the value of literacy within the context of accepted roles of women. The possibility that women might be interested in developing literacy skills as a way out of confining roles and relationships within the family or as a way to exert more control within their own lives, is underplayed in such programmes.

Thus, women as learners are especially affected by unimaginative planning and implementation strategies of most literacy programmes that fail to take note of their specific needs. In general, most literacy programmes, including the TLCs in India, have not yet paid special attention to gender-based needs, specially the unique needs of women for participating in literacy classes. Given the fact that in everyday existence, women’s experiences are different from those of men as their acculturation patterns are dissimilar, we need to integrate gender concerns in planning for literacy programmes. Literacy programmes should now be so designed that they will not only educate women, but will also enable them to see and understand more clearly ways in which society shapes their perceptions, even their ways of knowing. Such an educational intervention would not only better meet women’s needs and learning styles but would have a conscious intent of not reinforcing society’s perception of women’s needs as being subordinate to family and that of society at large.

Hence, it is imperative that large-scale literacy programmes such as the TLCs should now strive to give women more than the three R’s so that they are equipped to combat forces that give rise to their oppression and subordination. While recognising the importance of reading, writing and numeracy skills, if women are to make changes in their lives, critical thinking skills and the ability to realistically assess possible alternatives available to them, are also a necessity. In India, given the policy directive for education to play ‘a positive interventionist role in the empowerment of women’ such a shift becomes urgent.

It is important to identify the gender-related factors that contribute to and sustain female illiteracy so that special efforts can be made to ensure that gender concerns are integrated into on-going literacy programmes. Social acculturation reinforces the belief that usefulness of literacy is limited for women due to their primary role as a wife and a mother. While men’s claims on knowledge and learning are perceived to be superior to that of women. The educational process of the literacy programme must foster critical thinking and support women to create their own knowledge. Or else women will continue to uncritically accept what the literacy programme offers as sexism which is so ingrained in their acculturation.

Internalisation of gender subordination also contributes to women’s lack of self-confidence and low self-esteem to approach literacy learning. Many of them even regard their learning disabilities as natural and normal. This has implications for the organisation of literacy programmes for women. In order to overcome this attitude, it will have to be ensured that the learning process enables women to experience a feeling of self-worth and self-confidence.

Selection of a language for imparting literacy is an important issue in planning for a literacy programme for women. Language used in literacy primers subtly contributes to reinforcing women’s subordination in society and feelings of inadequacy and incompetency among women as learners. In general, women with limited physical mobility and social contacts are most comfortable with the local dialect used in their daily life. Unfamiliarity and exposure to the standard or official language, used by most literacy programmes, affects women’s fragile confidence to approach learning and becomes a stumbling block in the process of literacy acquisition. While men, in general, have greater exposure to the outside world, which not only expands their horizons, but also increases their familiarity with standard language(s) used in the market places as well as by the state. Such exposure facilitates their acquisition of literacy in an official/standard language.

Then, there are intangible barriers that precipitate women’s dropping out of the literacy classes or non-continuance in the continuing education programmes. These relate to male attitudes, lack of family support, institutional barriers such as lack of support systems (for example, creche facilities, easy access to fuel, fodder and water, etc.), or an insensitive curriculum or a teaching-learning process that is not conducive for continuing with education.

What has been attempted in this section is to raise some issues relating to literacy planning for women. Concerted attention would have to be paid to these issues and appropriate implementation strategies worked out if large scale literacy programmes have to become sensitive to gender issues.

In conclusion, most literacy programmes for women have a myopic vision. Literacy is presumed to make women efficient workers, mothers and wives. The main thrust of most government-sponsored literacy programmes is changing attitudes and behaviours of learners to increase their active participation in various development sectors. Thus, acquisition of literacy skills is widely recognised as an end in itself. In reality, acquisition of literacy skills is not a felt need of the poor rural women for whom the task of meeting survival needs is the primary challenge. There is presently little awareness among policy makers and planners about how literacy needs fit into the hierarchy of survival needs women have in everyday life. But more importantly, there is little understanding about the kind of literacy that would be most relevant to the needs of poor women. This understanding of literacy for women will have to change.

Thus, it will have to be recognised that literacy for poor women must become a means for acquiring knowledge and skills whereby women can begin to understand and analyse unequal gender relations and the structure of poverty and exploitation in society so that they can collectively challenge the existing social reality (Ramdas 1990a). Literacy will then take on a larger meaning and will be regarded as a tool whereby women’s access to information, knowledge and thereby to power, will become possible. As poor women begin to acquire literacy, they must also begin to exercise control over themselves, their bodies, over decisions that affect their lives in the home, the community and society at large. In other words, literacy has to be perceived as a means for empowering women in the wider struggle against inequality and injustice in society.