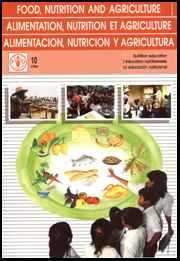 Interventions in social communication on nutrition

For the past 20 years, there has been intense debate on the strategies, objectives and methods of nutrition education. The traditional conception of this form of intervention - a pedagogical one - has gradually given way to an approach based on communication sciences.

Nutrition communication based on social marketing has had positive results in terms of behavioural change. The following are some of the recognized conditions needed for effective intervention.

· The definition of messages and the choice of communication channels should be based on careful studies of the needs, expectations and resources of the target community.

· The messages should be simple and tailored to clearly identified population groups.

· The communication strategies to be employed should be multimedia based and should include at the minimum an interpersonal communication channel and a mass-media channel.

However, social marketing has its limits. The main criticism is that it does not sufficiently reinforce the community’s autonomy in dealing with its nutritional problems. New practices are called for so that communities can be more closely involved in seeking solutions to their nutritional problems.

The first stage is to analyse the nutritional problem that has been identified, with the involvement of the target community. This analytical or conceptual stage includes an in-depth examination of the motives behind the human behaviour pattern that is to be influenced. It leads to the formulation of a nutritional objective that is realistic and acceptable to the community.

The fourth stage is the evaluation stage. Although evaluation is built into the implementation process, a modicum of resources should always be earmarked for the evaluation of the programme’s impact.

Apart from activities of limited duration which often take the form of communication campaigns, countries and regions could envisage setting up permanent monitors of nutritional practices. These would keep programme authorities abreast of changes in nutritional behaviour and would guide their interventions in social communication on nutrition.