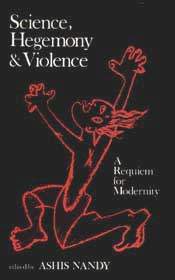 The United Nations University's Programme on Peace and Global Transformation was a major world-wide project whose purpose was to develop new insights about the interlinkages between questions of peace, conflict resolution, and the process of transformation. The research in this project, under six major themes, was co-ordinated by a 12-member core group in different regions of the world: East Asia, South-East Asia (including the Pacific), South Asia, the Arab region' Africa, western Europe, Eastern Europe, North America, and Latin America. The themes covered were: Conflicts over Natural Resources; Security, Vulnerability, and Violence; Human Rights and Cultural Survival in a Changing Pluralistic World; The Role of Science and Technology in Peace and Transformation; The Role of the State in Peace and Global Transformation; and Global Economic Crisis. The project also included a special project on Peace and Regional Security.

A Requiem for Modernity