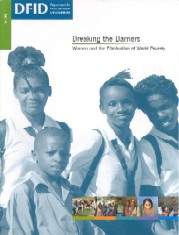 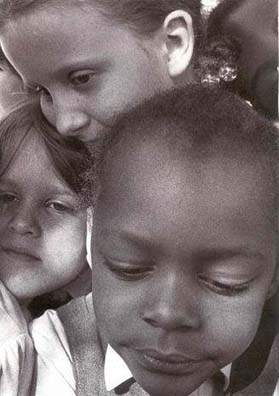 More than half the UKs budget for development assistance is spent through the European Union, the United Nations and other multilateral partners. We encourage our international partners to include gender concerns in all their work.

· We helped negotiate the mandate for the next round of the Lomonvention, which places much stronger emphasis than in the past on gender and poverty, and identifies the pursuit of gender equality as one of its guiding principles

We have increased financial support to the UN Development Fund for Women - UNIFEM.

· We are supporting the International Labour Organisation's programme "More and Better Jobs for Women" and funding the preparatory phase of an ILO project for eliminating trafficking in children in Asia.

· We are helping the World Health Organisation (WHO) to develop policy, guidelines, and training programmes for health workers to tackle practices prejudicial to the health of young girls, including female genital mutilation

· The UK plays an active role in key UN negotiations on gender equality, in the General Assembly, the Economic and Social Commission, and in following up on the resolutions of global conferences The Commission on the Status of Women is a particularly important forum

· We liaise closely with other UN agencies, including UNDP, UNICEF, and United Nations Fund for Population Activities (UNFPA), and have provided team members for UN field missions

Social and gender issues have been high on the agenda in our dialogue with the World Bank for many years and we are developing a similar relationship with the International Monetary Fund (IMF).

· We have contributed to the continuing work in the Poverty and Social Policy Group of the Special Programme of Assistance to Africa and made a substantial contribution to the 1998 Poverty Status Report for Africa, on the theme of Gender and Poverty

· The UK plays a full role in the work of the Development Assistance Committee (DAC) of the Organisation for Economic Cooperation and Development (OECD), which is one of the main forums for donor coordination We have made a major contribution to the development of new guidelines for donors on gender equality and women's empowerment

· We are strengthening our links with the Commonwealth Secretariat, which is doing innovative work to develop women's budgets and gender management systems to improve public services