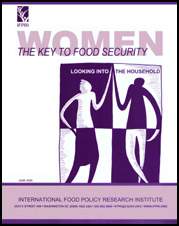 LOOKING INTO THE HOUSEHOLD 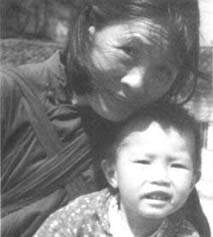 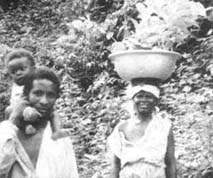 1 - Reform and monitor legal, social, and cultural institutions to improve the status of women.

Legal, social, and cultural institutions must be changed to create an environment in which women can realize their full potential. Specific areas where change is needed include divorce laws, social entitlement and transfer programs that benefit women, and property rights laws that allow women to hold individual or joint title to land.

Monitoring these and other changes, including those in government outlays for men and women, can help reinforce the reform process and raise the consciousness of policymakers and constituents.

2 - Be innovative in the design of agricultural, food, and nutrition programs.

A whole new set of government projects has taken innovative approaches to improving women’s roles as gatekeepers of food security. Mexico’s PROGRESA provides an integrated package of health, nutrition, and educational services to poor families and directs monetary transfers directly to women. Bangladesh’s Food for Education Program uses a wheat ration as an income supplement to release poor children from household obligations, enabling them to go to school. As result of this program, school attendance has increased, especially for girls.

3 - Design projects to be more sensitive to the livelihoods of both men and women.

Experiences from the past 15 years suggest that “mainstream” gender-sensitive projects are the best way to meet women’s needs and improve their socioeconomic status. Projects should be designed to benefit women by enhancing their productivity and earnings alongside those of men. A review of 271 World Bank projects by IFPRI shows that when projects address the needs of both men and women their sustainability increases by 16 percent. Project planners and policymakers need to shift their attention from the important question of how to help women to the central question of how to help men and women. More effective projects can be formulated only through a better understanding of the totality of local gender asymmetries and relations.