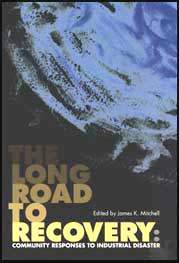 Directives are one type of legislation issued by the European Community. Others include regulations, decisions, recommendations, and opinions. Some of these are binding on the 12 European states that make up the Community,4 while others are not. Several different units of the Community are involved in the process of legislating a directive (table 4.1).

Table 4.1 Units of the European Community involved in legislating a directive

The path for adopting a directive is as follows.5 The Commission presents a proposal to the Council. After consultation with the European Parliament and the Economic and Social Committee (whose opinions must be heard even if they are not strictly binding), the Council may formally adopt the proposal. After adoption, an EC directive is not immediately applicable to a Member State. Individual states must incorporate the directive into national legislation and take all the necessary measures for compliance within a specified period. Such a procedure allows for effective implementation, while respecting different juridical and administrative traditions. If a Member State fails to comply, the Commission may bring a case before the European Court of Justice.

In practice, the process of arriving at the directive on major accident hazards was long and complex. Technical and political problems required extended consultations among different parties and institutions. A proposal was finally presented by the Commission to the Council in July 1979. The required opinions of the European Parliament and the Economic and Social Committee were expressed in 1980 and it took two more years of further consulting and discussion before a directive was finally adopted, on 24 June 1982, 8 January 1984 being the anticipated deadline for implementation by the 10 EC Member States of that time. Directive 82/501/EEC soon became known as the Seveso Directive, despite opposition from Seveso residents, who formally complained to EC authorities in Brussels about what they perceived as an implied insult.

Before the Seveso Directive, manufacturers in different Member States were subject to obligations of varying stringency. For example, the submission of a safety report by the manufacturer responsible for a hazardous installation was not mandatory in all countries. Therefore, the Directive's main purpose was to ensure harmonization of regulations among different countries. This was achieved by establishing minimal EC requirements and permitting Member States to enforce stricter regulations. Such a general purpose is consistent with the overall EC policy on environmental health and safety matters. It is instructive to review the Directive's major components.

The Directive and its annexes

The Seveso Directive is addressed to EC Member States, and holds them responsible for ensuring that the relevant national institutions accomplish what is required for adequate risk management. The entire Directive is also shaped by a concern for prevention, even those parts that relate to post-accident activities. The first article defines relevant terms such as "industrial activity, manufacturer, major accident, and dangerous substances." It also makes reference to four annexes that identify types of production, operations, and storage activities that are subject to regulation, and dangers that are anticipated.

Articles 3 and 4 require Member States to ensure that manufacturers identify existing major accident hazards and adopt all appropriate safety measures, including information, training, and equipment for workers. They must also provide competent authorities with a notification containing detailed and updated information on safety precautions and other matters (Article 5). Moreover, Member States must set up competent authorities that will take responsibility for receiving such a notification, examining the information provided, organizing inspections or other measures of control, and ensuring that off-site emergency plans are prepared (Article 7). Furthermore, Member States are held responsible for assuring that "persons liable to be affected by a major accident... are informed in an appropriate manner of the safety measures and of the correct behaviour to adopt in the event of an accident" (Article 8).

Article 8 is a very innovative feature in safety legislation. For the first time in Europe, the safety of people outside hazardous installations is taken into account; previously, only workers might have the right to be informed. The public's right to know was recognized on both pragmatic and ethical grounds. Not surprisingly, this article met with strong resistance and was subject to long delays in implementation (Wynne 1987; De Marchi 1991a, 1991b). Despite these initial difficulties, the Directive proved to be a watershed event. Matters that had previously been considered suitable "for experts alone" were now opened to inspection by - and input from - the general public.

Article 10 requires that Member States shall take the necessary measures to ensure that the manufacturer immediately provides full and detailed information about an accident to the competent authorities; they must in turn ensure that all necessary measures are taken and that full analysis of the accident is accomplished whenever possible. It is a specific obligation of Member States, to report any accident to the EC Commission (Article 11). The Commission is in charge of setting up a register containing a summary of major accidents that occur within the EC, including an analysis of causes, experience gained, and measures taken to enable Member States to use this information for prevention purposes (Article 12). Annex VI to the Directive lists the items of information that the Member States must report to the Commission in the event of a major accident.

The Directive includes provisions for ensuring effective implementation and for updating in light of technological change. Article 15 provides for the creation of a committee composed of representatives of the Member States and chaired by a representative of the Commission. The Member States and the Commission are expected to exchange information about the experiences acquired regarding the prevention of major accidents and the limitation of their consequences. Such information covers the operation of measures stipulated in the Directive (Article 18). Moreover, the Commission is required to make proposals for revising the technical annexes as new technologies are adopted.

Procedures for updating and revision include regular meetings of the Committee of Competent Authorities. Such meetings have produced two amendments to the original Directive that grew out of experience with major industrial disasters in Bhopal, Mexico City, and Basle during the early 1980s. The first amendment, Directive 87/216/EEC, adopted by the Council on 19 March 1987, modifies Annexes I, II, and III by lowering the threshold quantities of certain substances and including additional industrial activities in the category that requires notification under Article 5.

During the revision process, between 1979 and 1987, there was a continuous exchange of correspondence between the Special Bureau for Seveso (Ufficio Speciale), which had been set up by the Lombardy Region in June 1977 (see Chronology), and various institutions of the EC (Regione Lombardia 1992). In 1984, a report was prepared by the Ufficio Speciale for a meeting of a committee of the European Parliament which was held in Seveso (Meazza 1992, personal communication). The second amendment, Directive 88/610/EEC issued by the Council on 24 November 1988, further revised Annex II to include more types of storage activities. It also substantially revised Article 8, stating that information shall be made publicly available as well as actively provided in an appropriate manner. Such information shall be periodically repeated and updated as necessary. A new annex, Annex VII, was added, which specifies the information that shall be provided to the public.6

The official deadline for compliance of Member States with Directive 88/610/EEC was 1 June 1990. Meetings of the Competent Authorities have continued after the adoption of the second amendment, and further revision of the Seveso Directive is being discussed.

Other institutional effects of the Seveso Directive

In order to meet the Seveso Directive's requirements, the Major Accident Reporting System (MARS) data bank has been established to store and retrieve accident information reported by the Member States (Drogaris 1993). It is located at the Commission's Joint Research Centre, Institute of Systems Engineering and Informatics in Ispra, Italy. To promote safety-related knowledge further, a Community Documentation Centre on Industrial Risk (CDCIR) has also been established at the same site. This Centre collects, classifies, and reviews materials relevant to industrial risks and safety.

The effects of the Seveso Directive were not confined to improvements in the management of industrial accidents. The Directive also opened the floodgates for similar initiatives on a variety of other issues, particularly in the fields of environmental management and public health. Among these are the following: Directive 89/391/EEC, which mandates the introduction of measures to encourage improvements in occupational safety and health; Directive 89/654/EEC, which addresses minimum safety and health requirements for the workplace; Directive 90/219/EEC, which relates to biotechnology; Directive 90/313/EEC, on the freedom of access to environmental information; and Directive 89/618/Euratom, which concerns public information about radioactive emergencies. The European Single Act and the Maastricht Treaty also call for greater participation of citizens in EC decision-making and this has expanded the scope of public information programmes. Indeed, recent reluctance by Danish voters and others to approve the Maastricht Treaty has led to further broadening of the commitment to provide information in support of public policy within the EC.

Beyond the European Community, the Directive has relevance for many international organizations. Those that are concerned with industrial hazards include the World Bank, the United Nations Environment Programme, the Council of Europe, the International Atomic Energy Agency (IAEA), the Office of the UN Disaster Relief Co-ordinator (UNDRO), the World Health Organization (WHO), and the International Labour Organization (ILO). In particular, the OECD (Organisation for Economic Co-operation and Development) has devoted much attention to accident prevention and response and has published a number of recommendations, some of which are specifically addressed to public information and public participation in decision-making (OECD 1989, 1990, 1992).