"Cities are centres of production, employment and innovation. Thus, the economic importance of cities and towns is rapidly increasing and the future economic growth is becoming dependent on the ability of urban centres to perform crucial service and production functions. In a number of countries, urban centres containing only one third of the total population generate up to 60 percent of the national output. Furthermore, the modernization of the agricultural sector in developing countries, as well as an increase of agricultural production, depends on the emergence and efficient functioning of smaller urban centres and towns."

"Despite its macro-economic benefits, rapid urbanization in developing countries has led to several negative consequences: an alarming increase in the incidence of urban poverty; proliferation of slums and squatter settlements; serious deficiencies of urban infrastructure and services, including low-income housing: and deterioration of urban environment."

"Yet, urbanisation in developing countries is neither a crisis nor a tragedy; it is an opportunity and a catalyst for far reaching socio-economic and political changes. It requires appropriate policy and programme responses from national and local governments. Bilateral donors and multilateral agencies can assist governments in developing countries to effectively respond to urban problems."

"Over the past few decades, governments in developing countries have struggled with three sets of policy issues: those aimed at diffusion of urban population and control of rural to urban migration; those concerning effective management of large metropolitan areas; and those dealing with strengthening institutions at the national, regional and local levels to respond to urban problems."

"Governments in developing countries attempted to create growth poles to stimulate development along major roads and highways, enacted regulations and controls on the location of industries in large metropolitan areas, and implemented programmes to strengthen small and intermediate-sized cities, and attempted to slow down the rate of rural to urban migration through, at least in some cases, stringent controls and by adopting many explicit population distribution policies."

"The experience of developing countries clearly indicates that policies and programmes aimed at diffusion of urbanization and controls on rural to urban migration have largely failed and that urbanization is an inevitable phenomenon that requires new types of programmes to achieve the goals of economic growth."

"One of the future challenges is to provide a framework through above and other types of policies and programmes to fully utilise the potential role of the informal sector in the process of urban development."

"In the face of difficulties in expanding formal sector jobs, policies to eliminate informal sector are slowly yielding to a wider recognition of the important roles that informal sector activities play in providing low-income households with goods and services they might not otherwise be able to afford and in employing the labour of large number of poor individuals and households who can not find adequate full-time employment in the formal sector."

"The effectiveness of urban programmes depends upon the quality of institutions responsible for planning and implementing these. The proliferation of government and semi-government agencies has led to a lack of coordination and consistency by the concerned agencies. Semi-autonomous development authorities were established to undertake urban planning and coordination functions and most of international assistance in the urban sector has been channelled through these development authorities. In the meantime, the role of local governments has continued to decline which is demonstrated by the inability of local governments to adequately maintain urban infrastructure provided through development authorities."

"One of the crucial aspects of institutional capacities is the ability of community based groups to articulate local needs and priorities, mobilise community and municipal resources to meet these needs, and actively participate in government initiated programmes in addition to their own initiatives."

Working with the urban poor: lessons from the experience of metropolitan Lagos, Nigeria

"It is important to begin with the recognition that the problem of urban poverty cannot be treated independently of the wider context of the way the society and political economy are organised and managed. Urban poverty is a result and a continuous expression of the greater unequal marginalisation and powerlessness which characterizes the development process of many societies of the world, particularly those that, for the want of a better term, are called Third World. This structural inequality contains both internal domestic and external dimensions. It is, however, an extremely complex phenomenon for which until today, human society has not found a satisfactory or widely acceptable solution or mode of management...."

"Even among those who genuinely want to help or to change things, there are still elements of a faulty perspective. Two major ones can be identified here. The first is that the problem of urban poverty is a problem of development, it is not merely the problem of certain specific unfortunate individuals or groups. It must, therefore, be tackled from a development perspective, not a humanitarian perspective. Closely related to this first element is that poverty, whether urban or rural, does not amount to a disability.... Therefore, our interventions must be related to their perceptions and understanding of their needs, their problems and the options available for managing and solving them. This is the essence of the participatory development approach. Working with the poor in this context presupposes the involvement of the poor in all aspects of such work, from the planning, through the implementation, to the evaluation phase."

"Meaningful and effective intervention must be developmental. It must equip ordinary people to overcome the limitations imposed by political and socio-economic structures. It must also sustain and reproduce this overcoming as an on-going concern. Such work must empower the poor, it must enable them to conquer the obstacles that daily plague their environment. To do this, it must not only be participatory, but it must embody a multi-flow learning process in which both the voluntary worker and the poor learn from each other. In this way, the poor are empowered to overcome certain aspects of their problems, while the volunteers and their agencies are empowered to overcome their own prejudices and fears of other ordinary persons being their own masters."

"The participatory processes at the grass roots level are not universal, nor can they be understood using a preconceived theoretical framework. These processes are dependent on local conditions, availability of resources, nature of society, and the knowledge, attitude and practice of the people. They differ from community to community, country to country and region to region...."

"Entry into community involves gaining acceptance, learning and understanding local modes of organisation and local forms of communication and building rapport with community members. In South Asia, one can gain entry through existing associations or organisations no matter whether it is a rural or urban community. Any stranger can walk into a community at any time without causing any disturbance. But in Jamaica there are no visible structured associations or organisations in the communities.... It is very important to understand existing modes of organisation and forms of communication...."

"In the early stage of the Urban Basic Services project implementation in Jamaica, the project team gained access through political leadership. But very soon they realised that the introduction of the project by political cadre was viewed by the people as encouraging patronage. A momentum was maintained as long as the project staff, through project funds, delivered benefits. In late 1987 and early 1988, when the project was partly reorganized the earlier efforts failed to sustain the activities initiated. A Production Centre established earlier in the community was demolished by the same members of the community when the project stopped delivery of benefits. The important point, therefore, is not only who introduces the project or activity but how one introduces it. There should be longer 'lead in' time and 'tarmac bias' should be avoided."

"Mobilisation: After entering a Jamaican ghetto it is very difficult to gain support and more importantly sympathy for the activities because of multiple patronage systems. Sympathy is more important than support. Gaining sympathy is nothing but internalising the developmental process in day to day life of the people. Most women in the urban ghettos in Jamaica lack self esteem. If one could help them to gain self esteem, pride and confidence, one can rest assured that change is imminent. This is possible only if we invest our personal efforts and demonstrate a positive attitude. Mere introduction of project strategies from time to time will not solve the problems. When a DDS Field Worker stays in a community for sometime, he/she appreciates what people do, learns how they do it and communicates with them in their own ways. This way the field worker can easily help to gain sympathy and understanding among the local community, and once it is gained it will remain forever. The greatest strength of the DDS Programme has been gaining of sympathy at the grass roots level for proposed change...."

Special consultation on volunteer participation in working with the urban poor

How do we approach the problem of the urban poor?

"Strategy No. 1 - As producers and entrepreneurs who can develop if duly supported. Here the emphasis is on incomes and employment and on access to resources and markets. Ideologically there is a shift from the expectation that everybody will be a worker in the modern sector, to one in which the majority will become independent producers.

The instruments are mostly provision of resources, mainly credit and training, but, particularly today, complemented by deregulation. Credit experience is very rich and we already know a lot. It is successful in terms of repayments, less clear in terms of employment. Credit packaged with other instruments is the best performer but the learning process is facilitated by starting with credit only. The government is not particularly efficient at providing credit, NGOs or links with banking system are a better wayx to support activities which they already know, participation and group solidarity for collateral. The limitations: very difficult to pass from pilot to systemic approaches; only the "core" group can be supported; the producer benefits, not necessarily the workers.

Strategy No. 2 - The emphasis is on empowerment and organisation which have two variants: (1) The incorporation into the already existing social movements, i.e. labour or entrepreneurs. The first strategy leads in a way to the latter. Labour can be promoted by organising on a trade union basis like SEWA in India where revindication is linked to development of self-employment activities. A complementary movement is becoming increasingly accepted by established unions which try to incorporate the informal interests in their organisations claims.

(2) A second variant is to work with the community without prejudging the type of organisation but rather letting the poor themselves decide their own forms of organisation The effort here is geared to assisting them to make their own social enquiries about their conditions of living and to formulate their own strategies. The use of "animation work" to stimulate the formulation of voluntary organisations for improving their living conditions is an important component of this methodology and can indeed constitute initial steps for further producer support."

"The policy to help the poor cannot be conceived in isolation since social and economic integration at the national level is a requirement for development. Dual societies will not be sustainable. The more difficult path of mobility through employment will need to be reinforced (a) by creating the possibilities of equal access for all through a human resources strategy which allows the poor to get education, health and nutrition, and or to be able to compete for the opportunities which will be open; (b) by ensuring that the advantages of modernisation, mainly new and better goods and services, also reach the poor." 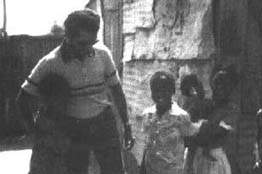