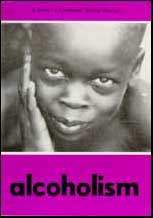 Chapter 3: The fight against alcoholism

Alcoholism is a true social curse. It is the main problem plaguing many countries.

Worldwide, alcoholism is by far the most widespread and thus harmful type of drug abuse. Alcohol is the drug causing the most destruction throughout the world. An alcoholic hurts not only himself, but the whole society as well.

Alcoholism weakens a country. It deprives it of the working potential of often young people alcohol abuse results in high medical expenses (6). it is responsable for a large number of road and work accidents. In countries where people drink alcohol, the mortality rate of the young male working age population is statistically higher (7). A large number of young delinquents were raised by alcoholic parents.

Alcoholism slows down the functioning and development of a country,

As WHO stated: "Improving public health must be an integral part of the general economic and social development of each country". The fight against alcoholism is indeed a factor in the social and economic development of a country: it is an important factor in Public Health.

(6) in Canada' for example, where in the eighties alcoholics make up 8% of the population, it is estimated that 40% of all hospitalisations result directly or indirectly from the use of alcohol. Figures show that 28 to 40% of the men (and 8 to 18 % of the women) hospitalized in internal medicine departments in France are alcoholics! (7) A recent French study of factory workers in the Paris area has shown that: the number of medical leaves exceeding three weeks is 15 times higher among alcoholics than non alcoholics .

The risk of dying between the ages of 30 and 35 is 5 times higher for an alcoholic than a sober man.

2. How can we combat alcoholism ?

Should all consumption of alcohol be prohibited ? This could be a solution. Some societies have not hesitated to adopt this strategy. The Coran (the Holy Book of Islam) forbids wine and alcoholic drinks; orthodox Muslims never drink alcohol. In most Islamic countries the selling of all alcoholic drinks is prohibited, except in very special circumstances. Many Protestant Churches forbid the faithful to drink any alcohol whatsoever. The Catholic Church and other Protestant Churches do not prohibit alcohol but always recommend sobriety and moderate use of alcohol. Some Catholic associations, in Ireland and Canada for example, are composed of people in favour of completely abstaining from drinking alcohol

The Jews and the Chinese traditionally drink very little alcohol; this is part of their cultures. The production and sale of all drinks was prohibited in the United States for 15 years, from 1920 to 1935. But as the number of frauds increased drastically, the law was repealed.

However, many states in the country maintained the law, after reducing its severity. In Finland, a total ban on alcohol also failed.

Actually, if alcohol were always drunk in small amounts, if its only influence on the people were to ease social relations, there would be no reason to prohibit it. The main thing is temperance in drinking alcohol, in moderation, remaining sober. It is much more important to inform than to forbid.

3. Informing the whole population about the dangers of alcoholism

It is essential to inform the whole population about the dangers of alcoholism, to enlighten it, to show the people the dangers of alcoholism for mind and body, physical and moral health, family and social behaviour. The legends attributing virtues to alcohol must be destroyed; the daily divertising lies must be explained. This information is more valuable than any ban, because it goes deep. That is the goal of this book: to inform, Many other means exist: group discussions, television or radio broadcasts, newspapers articles, posters and slogans.

This information is not always easily accepted. Men are very often unconcerned about the harmful consequences of alcohol on their health and lives, because alcohol acts slowly. However they are struck very deeply when disease strikes, when sudden accident causes injury or death. This disease or this accident may be caused by the alcohol to which they do not give much importance. Moreover, the fight against alcoholism runs counter to the important financial interests of the alcohol producers and the owners of big shops selling alcohol, who are sometimes very powerful.

We should not hesitate to give this information right from the primary school level.

First, prevention is better than curing. Second, children are the most receptive to teaching. Simple notions about alcoholism (summed up from this book, for instance), frequently repeated, could be taught in one or two lessons (one or two per month, for example) for older primary school children. These notions could be included in dictations, essays, short mathematical problems (8).

More thorough lessons could then be given at the secondary school level. Adolescents must be shown that they become men not by drinking, but by showing they are able to refuse drinks or set their own limits, thanks to the force of their characters, on the amount of alcohol they drink. Teachers should obviously set the example by not drinking alcohol or drinking in moderation (the same remark applies to medical personnel and the political elite). These "anti-alcoholic" lessons could have a tremendous effect on the rate of alcoholism in our countries in the years to come.

We should not merely say: "The fight against alcoholism is the government's problem" No, it is a matter of education, it is everyone's business. Everyone can use his or her imagination to think up educational strategies.

4. Respect those who do not drink alcohol

If we want to turn the young away from alcoholism and to have a lasting effect in fighting alcoholism, we have to help young people spend their energy in intellectual, cultural, sports and especially professional activities by providing them with a job, in addition to spreading information.

If we do not teach abstinence (meaning never drinking), we at least have to teach sobriety and temperance (meaning not abusing alcohol). What, then, is an acceptable rate of alcohol consumption ? A healthy person who has had or no liver, heart or venous system diseases can safely ingest a maximum of 1 gramme of pure alcohol per kilogramme body weight per day. For example: a healthy 60-kg man may drink without danger a maximum of 60 grammes of pure alcohol per day, which means 2 liters of 6 -proof beer or (not and!) 1 liter of 12-proof beer or 1.5 liter of palm wine at 9 proof or half 24 proof liter wine or 1/8 liter of whisky at 96-proof (remember that one liter = 4 ordinary glasses). For women, who are more sensitive to alcohol, these doses should be reduced by one fourth. Of course these are absolute maximums, and if one drinks these maximums every day, he runs great risk of becoming alcoholic.

Moreover, one must learn to avoid drinking on a empty stomach as well as drinking in the morning. Those who drive vehicles should drink most moderately, or even not at all.

7. Early screening and the treatment of chronic alcoholism

The treatment of chronic alcoholism is long and difficult. Relapses are frequent.

That is why early screening is most important. Indeed, in order to have the best chances for success, the alcoholism must be detected before the person is truly addicted. Action must be taken when he is a heavy drinker but not yet addicted, that is to say when he is not yet a slave to alcohol and can. still do without it some of the time.

What are the sings allowing early detection ? Let us list and remember them: tired, puffy faces lacking vitality; red conjunctiva, hiding yellowish eyes; whitish coating on the tongue; trembling of the hands, an enlarged over and often an increase in the blood pressure; tendency to obesity; complaints such as: sleeplessness, nightmares and cramps in the calves at night, quick tiredness when walking, loss of appetite, nausea, burning sensations in the stomach, tendency to be quick tempered and edgy. Some specialised blood tests (we have talked about them earlier) make very early detection possible.

You just give up alcohol completely for two days. If this is easy, you are free from alcohol, you are not an alcoholic. However, if this is difficult, you are on a dangerous path and it is absolutely necessary to reduce the consumption of alcohol drastically (the person in question will himself notice the rapid drop in and then the disappearance of his ailments) and test oneself again from time to time. If this is impossible, and what is even more, one feels even worse (cramps at night, nausea, burning in the stomach, trembling of fingers, loss of appetite) after giving up drinking, this the proof that one is a true chronic alcoholic, dependent on alcohol, and in need of treatment.

However, treatment cannot be imposed on a chronic alcoholic who is dependent on alcohol, for fear of failing. The ill person himself must feel the need to be treated. No treatment is possible if the patient does not cooperate. Moreover, the alcoholic is basically unhappy and his personality is fragile. He needs to be surrounded, helped and encouraged by his family, who must make an effort not to turn their backs on him. Moral lessons, judgments, threats and scorn most often lead to failures and the patient will flee the treatment. One must not judge rather understand.

The treatment consists in administering, often in a hospital at the beginning, certain medicines (none of which will work miracles) and above all in making the patient give up alcohol completely and definitively. Serious alcoholism is in a way an incurable disease, since drinking even the smallest glass of alcohol will inevitably provoke a relapse. So, if a chronic alcoholic wants to be cured and not to relapse, he may not allow himself to drink even a drop of alcohol for the rest of his life. He may not even simply lower his alcohol intake, on pain of certain relapse, that is to say becoming dependent again.

Such abstinence is not easy. Both doctor and nurse as well as the family must support the alcoholic and encourage him, give him confidence.

Associations of former alcoholics exist in many countries to provide mutual assistance and to welcome alcohols who have just started treatment. The associations prove to the new members that they can pull through and live happily without alcohol, that they can and must solve their own problems, without drowning them in alcohol but with help of friends and family and finally, through their own willpower. We must help them to recover the self-confidence which they have lost. This psychological support is extremely important.

Picture: Channeling young people's energy into sports is a way to fight alcoholism.