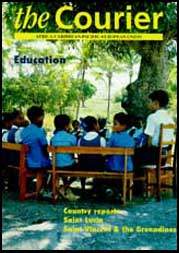 This study, which forms part of the OECD Development Centre's 1990-92 research programme tackles the highly topical issue of capital liberalisation as it affects developing countries The subtitle of the work; 'Pitfalls, Prerequisites and Perspectives' gives a good indication of what the reader (who would need to have a good grounding in economic theory) might expect and the authors go on to give a closely argued and balanced analysis of the reasons for adopting liberalisation measures, before discussing the advantages and disadvantages which are likely to flow from this.

The rationale for engaging in research in this area is set out in the executive summary, where three reasons are advanced for the increasing interest of policy makers in adopting a more open legal regime in their capital markets. In the first place, the authors point to a de facto liberalisation which has taken place as trade integration and financial innovation have progressively undermined the effectiveness of existing controls. A second factor is the pressure to liberalise which is brought to bear on some countries during bilateral trade discussions, while thirdly, for those within the OECD, there is a code which commits member countries, in their relations with each other, to eliminate restrictions on invisible operations and capital movements.

The last of these elements may not be immediately relevant to developing countries but the first two certainly are and this study may serve a useful purpose in offering an objective assessment of the pros and cons of capital liberalisation and of the various approaches that might be tried. In this context, there are some helpful case-studies which look at the whole range of currency policies from freely floating exchange rates through 'managed floating' to a system of pegged values. The study also considers the micro- and macro-economic consequences of freeing up the capital markets, the problems of financial instability and bad loans and the role of the relevant financial institutions.

This year, the World Bank notes a considerable increase in the financing of investments, a decline in loans for structural adjustment and greater account being taken of environmental, social and human aspects

The first edition of this work, published in French in 1990, was entitled 'Accords nomiques internationaux: rrtoire des accords et des institutions'. The present, updated edition is published in English and aims to provide a complete, consistent overview of the world economic, legal and institutional system

This annual guide gives all the useful political and economic information for each country of the region, covering business and professional circles, the media, trade figure, fiscal policies, etc.

This is a training guide for on-site personnel: agricultural advisers, members of NGOs, instructors etc.

This bibliography, drawn up jointly by the Centre national de documentation pgogique and the Comitrans pour l'Unicef, is intended primarily for teachers. It provides essential information for knowledge and reflection on education in development and practical ideas to promote educational and instructive activities

Valid for France, this guide has been prepared on the initiative of the humanitarian organisation 'Partenaires sans frontis'. It presents an eclectic panorama of solidarity (NGOs, international organisations, foundations, consultancy bureaus) and depicts the major trends in this sector, indicating how to become a charity worker, volunteer or employee

SOS Sahel Great Britain, a nonprofit organisation working for the protection and regeneration of the environment, recorded the accounts of 500 Sahelians middle aged men and women in all the eight countries of the region - who have much to say about the ecological, economic, political and social upheavals in this territory

The unpublished works of 1993 of the World Competition for short stories open to all amateur and professional authors writing in French, organised by Radio France Internationale (RFI) and the Agence de cooption culturelle et technique (ACCT)