Dried fish are sometimes brittle and easily damaged if not handled correctly. In humid conditions, dried fish also absorb moisture and become susceptible to spoilage by moulds and bacteria. They may also be attacked by insects (especially beetles of the genus Dermestes) rats and mice, as well as domestic animals. Packaging methods such as hessian sacks, wooden boxes and baskets are generally inadequate in protecting dried fish from these causes of damage. Thus, losses of fish, especially if transported over long distances, have been reported to be as high as 50% in some parts of the world (Rollings and Hayward, 1963). 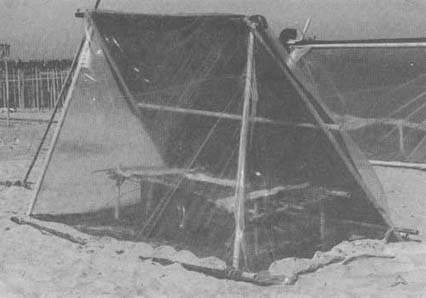 To protect dried fish properly, one may adopt some of the following measures:

- To pack the dried fish in a sturdy container such as a wooden or cardboard box fitted with a lid in order to totally enclose the product. Open boxes, although protecting the fish from physical damage, are not effective against high humidity and insect attack. Properly sealed cartons, made from waxed or plastic coated board, should be sufficiently moisture-proof and rigid enough to withstand rough handling. Although this type of packaging is more expensive than traditional packaging, the additional cost should be more than offset by the decrease in the spoilage rate.

- To pack fish in plastic or polythene bags, thus reducing insect attack and the effects of high humidity. Care should be taken not to leave bags containing dried fish in direct sunlight or in hot places since the increased temperature causes ‘sweating’ (i.e. the removal of water still present in the dried fish). This water condenses on the inside of the polythene bag and will wet the dried fish and make them susceptible to mould attack. A further disadvantage is that some dried fish have sharp, hard points and edges, which puncture and rip the plastic or polythene bags, thus allowing air moisture, dust, of insects to spoil the fish.

- To treat the fish in order to protect it against insect attack. Such treatments may, for example, include heavy salting which protect the fish against attacks by the larvae of beetles. The application of insecticides to fish during processing has also been shown to protect the fish against insect attack. However, considerable care must be exercised with the use of insecticides as indiscriminate use may be harmful to health. Insecticides can be applied as a solution or in powder form. The disadvantage of the latter are the difficulty in achieving an even application of the powder and the poor appearance of the treated fish. Further experimental work is required before a suitable insecticide treatment of dried fish can be recommended.

De-infestation of stored dried fish can be achieved by fumigation (i.e. by vaporising a toxic liquid in an enclosed environment to kill insects). Since the chemicals used for fumigation are also toxic to humans, extreme care is necessary when fumigating any products. Experienced and trained personnel should carry out the process. Phostoxin and methyl bromide are examples of effective fumigants. Fumigation should be carried out in an enclosed fish store or under gas-proof sheets in order to ensure a complete de-infestation of stored fish. 24 g. of methyl bromide per cubic meter has been found to de-infest dried fish successfully when applied over a 24 hours period. However, phostoxin is considered more suitable for use in fish stores at a dose of 0.2 to 0.5 g. phosphine per 50 kg. for 2 or 3 days (FAO, 1981).

Dried fish can also be de-infested by heat treatment such as re-smoking or the use of a solar drier. Forty minutes at 70° C was reportedly required to de-infest cured fish (Szabo, 1970) although some beetle larvae are killed by exposure to temperatures of 50° C for more than 15 minutes. Smoked fish are kept insect free by storing at raised temperatures over smoking kilns in some areas of Africa, and re-smoking of infested smoked fish is a technique in current commercial practice. Further details of the control of insect infestation in fish during processing and storage are to be found in a review by Proctor (1977).