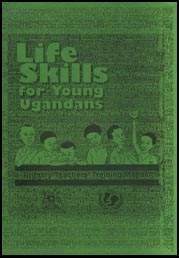 This Life Skills Education Initiative has been developed on the basis of several other initiatives. These include:

SHEP was a component of the 1985-9 and 1990-1995 Uganda Government/UNICEF Country Programmes. The aims of SHEP were as follows:

Appropriate content was then identified, materials produced and teachers trained to implement the project. SHEP was first introduced in Primary 6 and 7 because, while pupils in these classes had habits and behaviours which were still modifiable, they, especially girls, were at risk of dropping out of school and starting families of their own. Therefore it was important that they were equipped with some health knowledge, skills and attitudes to assist them. In addition, it was expected that they would inform their parents and other children about the health messages they were receiving in school, thereby creating a multiplier effect since a very large number of families had school going children. The programme was later extended to all primary school classes.

However, when an impact evaluation into SHEP was carried out, it was found that, while children’s knowledge on health issues had increased significantly, there was no corresponding behaviour change. The missing link was identified as the life skills to assist the children to translate knowledge into positive health behaviours.

Throughout the whole Eastern and Southern Region of Africa (ESAR) there has been a growing awareness that:

(ii) Life skills are an essential aspect of confronting the crisis caused by the HIV/AIDS pandemic and other social problems facing young people.

In response to this, UNICEF-ESAR held a regional workshop in Entebbe, Uganda in June 1994 with the aim of reaching a common understanding of the concept of life skills and how it could be adapted to the African situation. In addition, it looked at how life skills could be integrated into current programmes.

Subsequently, Uganda held a national workshop in the same year in Jinja to discuss life skills further in the Ugandan context. This workshop came up with suggestions for a life skills programme based on the current needs and problems of Ugandan youth. However, in the course of further workshops, it was agreed that it was better to infuse life skills activities into current syllabi in use in schools and colleges than to have a separate life skills curriculum: The reasons for this are:

(i) Within the current curricula, there is no space on the timetable for a separate life skills programme.

(ii) Since a life skills curriculum would not be examinable, it would not be given the necessary emphasis by teachers who are accustomed to concentrating on preparing their pupils and students for examinations.

(iii) Life skills cut across the whole school curriculum and can be infused into all subjects taught.

Thus it was decided to adopt an infusion approach, whereby life skills would be integrated firstly into the Health and Science syllabi and later into other subjects.

The 1995-2000 Uganda Government/UNICEF Country Programme stresses the promotion of positive behaviour change with emphasis on women, children and adolescents. BECCAD is one of the four interventions intended to bring about such behaviour change. The Programme Plan of Operations states that the aim is:

One important aspect of this is to equip children and adolescents with life skills that will enable them to deal effectively with the demands and challenges of everyday life.

In order to achieve this objective, the Uganda Government/UNICEF Country Programme produced Into the 21st Century: Life Skills Education Resource Booklet (1996) for all those who work with children and adolescents, especially teachers in Primary and Secondary schools. Subsequently, a team was identified and trained to prepare this manual for tutors and lecturers in Teachers’ Colleges so that they can train pre-service and in-service teachers as the first step towards introducing life skills into the schools.

A baseline study conducted in 1996 to determine the level of life skills of Uganda’s primary school children found that:

(i) the children had a moderate but insufficient level of life skills.

(ii) teaching strategies in schools were content and examination driven/focussed and were therefore neither pupil centred nor suitable for life skills transmission.

(iii) when life skills were explained to teachers, they quickly saw their value and were eager to embark on such an initiative.

(iv) community representatives, like the teachers, welcomed the idea of initiating life skills education even though they had not known about life skills before.

In 1996. BECCAD commissioned a team of writers to produce Life Skills training manuals for primary and secondary school teachers in order to meet the needs of Ugandan children. After the draft manuals had been produced, the writers, together with a few selected trainers, pretested the materials in Mbale, Bushenyi, Kampala and Lira. In each of the districts, a four day training was carried out for lecturers, tutors and teachers who were then encouraged to try out the activities in the manuals with their target groups. Educational administrators and relevant non governmental organisations (NGOs) were also involved. Below are some of the salient points from the pretesting:

(i) Many of the participants knew little or nothing about life skills before the training but, as a result of the training received, they were both knowledgeable and highly enthusiastic. In all the districts they urged that life skills should be integrated across the curriculum rather than in health education alone.

(ii) Participants felt that the objectives of the manual were straightforward, achievable, clear and specific; the content was relevant, easy to follow and use and suitable to the age group; and the methodology was relevant and appropriate.

(iii) Participants made several suggestions on improving activities and addressing other issues which have been incorporated into the final draft of this manual.

It is worth noting the following:

(i) Teachers who tried out these activities commented that:

The content sticks with less strain on the part of both student and instructor. (Pretest participants, Mbale)

The activities contribute to learning because they involve everyone in a relaxed way which leads to greater confidence in learners. (Pretest participants, Kampala)

The activities fit in with the syllabus and enable tutors to cover material more quickly and enjoyably (pretest participants, Lira)

This is important in that one of the most commonly stated objections is that it will be impossible to integrate life skills because of the demands of the syllabus and examinations.

(ii) The participants in the Lira workshop held a follow up meeting on their own initiative which prepared an action plan to target PTAs with information about life skills. The Headteachers’ Association also held a meeting and resolved to set up a health education department with the aim of ensuring that health materials are taught in a life skills participatory way.

In Mbale and Bushenyi, some participants immediately organised sensitisation sessions for other members of staff.

The reaction of pupils and students was similar. In Nyondo, the materials were tried on a Primary Six class who were so excited that they continued imitating the lesson even after it had ended. Elsewhere, a group of students attended very reluctantly on the first day because it was their holidays but enthusiastically attended on the second day because they found the materials relevant and the methodology absorbing. Student teachers urged their tutors to continue using the same methodology.

These reactions are also important because they show how life skills, taught in a participatory way, really do address the students’ concerns and feelings and therefore are likely to lead to not only behaviour and attitude change but also improved learning.

To sum up the reactions one can quote the comments from Kampala Primary School.

It relates to our daily lives as regards our health, emotions, character building, learning abilities and social interactions. It is also systematically arranged and extremely comprehensive.

Indeed this book is appropriate and relevant. It broadens one’s knowledge of issues and trains how to react to situations appropriately. It is also both teacher and child centred. Through the numerous activities involved, both facilitators and pupils greatly benefit.

The book is extremely readable and clear. It has nice reading texts which stimulate one’s interest and the accompanying questions for discussion help to sharpen the mind. Moreover they are drawn from life like situations and therefore educative. In addition, they are a variety - poems, dialogues, short stories, songs, character sketches. The numerous activities to be done, as shown in this book, help in making students active.

We welcome further comments from lecturers, tutors and teachers who will use the manual. What is clear from the pretest is that once one starts to teach life skills, the overwhelming reaction is enthusiastic.