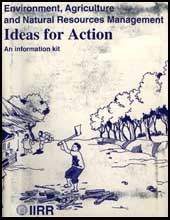 The making of a sanctuary: the case of the olango wildlife sanctuary (lapu-lapu city, cebu)

The Olango Wildlife Sanctuary lies on the southern shore of Olango Island, an island six miles off the east coast of mainland Cebu. It was declared a protected area by virtue of Presidential Proclamation No.903, signed by former President Corazon C. Aquino on May 14, 1992. The sanctuary has a total land area of 920 hectares. This wetland is internationally significant because it supports the largest concentration of migratory waders found in the country. These migratory birds include endangered species like the Asiatic Dowitcher (Limnodromus semipalmatus) and the Chinese Egret (Egretta eulophotes). Like most wetlands, Olango is a nursery and breeding ground of commercially important fishes. Forthe local residents, it is a source of food and livelihood.

· There is power in research-based data.

The PWWCFI's discovery of the presence of 40,000 to 60,000 migratory birds in the area had great impact on bird studies on the East Asian Flyway. The East Asian Flyway, which includes the Philippines, is one of the most important shorebird and water-bird migration pathways in the world. A total of 77 species of migratory birds use this flyway. The Philippines hosts over half of this number of species. So far, Olango Island supports the largest concentration of migratory waders in the country. Up to today, PWWCFI regularly conducts bird counts, bird-banding and habitat monitoring. Data gathered from these activities supported the recommendation for the granting of protected area status to Olango.

· A broad multisectoral alliance is indispensable in moving government machinery towards the protection of the environment.

To move the government agencies in the region into endorsing favorably the recommendations of PWWCFI, a number of NGOs and concerned individuals in the region and in the nation issued statements of support and position papers. These supporters either used their resources or provided such resources to PWWCFI in convincing government officials of the importance of protecting Olango. The support of conservation organizations and individuals from other rations was another factor in the success. This alliance was gained through information and networking activities.

· The trust of the local people is gained through integration with the local residents.

The presence of PWWCFI personnel in the area was a factor in reversing the initial opposition of the local people to the declaration of Olango as protected area. PWWCFI identified the misconceptions that had to be eliminated and the socioeconomic needs of the people which had to be responded to.

There is a lot of potential for ecotourism which will add to the coffers of the local treasury and contribute to a better quality of life for the local residents. To be erected soon are boardwalks, which will facilitate passage through but will limit disturbance in the sanctuary; and, a Nature Center, which is envisioned to house research and information facilities. Technical assistance for alternative conservation livelihood schemes, like fish culture in cages, shall also be extended to the marginalized sectors like the fishermen.