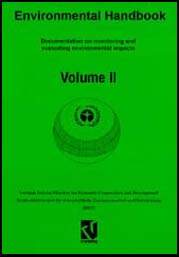 The following terms recur frequently in this environmental brief and therefore require definition:

- Single cropping involves growing only one crop on a particular area of land, e.g. rice. The sequence in which various single crops are grown one after the other in a field is known as the crop rotation.
- Intercropping is a system in which a number of different crops grow together for the entire vegetation period or part of it, e.g. a combination of cassava, cowpeas and millet.
- Annual crops are generally herbaceous plants with a one-year vegetation cycle (e.g. cereals, legumes, various vegetables, tobacco).
- Perennial crops are plants which are used over a number of years; each plant is sowed or planted only once, e.g. fruit trees, tea, coffee and cocoa.
- Monoculture involves growing a particular crop on the same area of land over a number of cultivation periods, e.g. sugar cane.

Taking into account the production of wood, self-regenerating raw materials, animal fodder and crops used in the manufacture of semi-luxury goods, plant production represents - in terms of area - man's major form of interference with the Earth's natural balance.

Traditional farming systems are usually based on intercropping and tend to be subsistence-oriented. External inputs such as fertilisers and pesticides are uncommon and are used on only a small scale.

Plant production involves activities in areas such as

Crops are grown to meet the needs of the producer or the market. They also play a role in protecting soil, air and water.

Plant production is carried out on farms, for the most part using family labour, in order to ensure subsistence and earn monetary income.