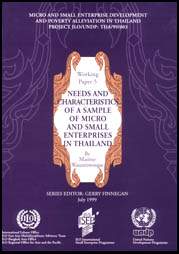 As described above, this survey was designed to be qualitative for use with small samples. Statistical analysis is not intended or included in the interpretation of the survey results. However, as some of the issues from the survey are quantifiable, there appear to be some indicative trends or norms that could be useful in guiding future studies in this field. The observed trends and norms are discussed in this section, without any reference to their statistical significance since only a small sample was used (104 interviews in total).

4.3 The age of entrepreneurs