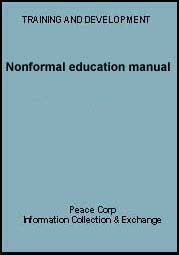 These familiar techniques can be used in many kinds of group discussions when you want to encourage creativity and contributions from all members. Remind your group of the rules of brainstorming:

* ideas should be called out at random, freely, from any participant

* no idea is silly or unimportant

If your group is unfamiliar with brainstorming and seems to be cautious about expressing creative or unusual ideas, try the Brick Exercise as a warm-up beforehand.

Brainstorming is usually done by listing the ideas that come up on the board or flip chart paper. For non-literate groups these memory jogs are largely unnecessary. Where people must rely on their memories for all their daily activities this facility is often highly developed. Keep written notes for yourself if you need to.

Prioritizing of ideas can be done in many different ways:

* By voting as a large group: First, the group eliminates the duplicate and less important ideas, then the group votes on each idea in turn. (You can read the ideas from your notes to non-literate groups here). The most favored ideas can then be discussed at length before a final vote is taken.

* By discussion and consensus: In cultures where group consensus is extremely important, groups are already well-versed in this process. Consensus taking is lengthy but can be fascinating to outsiders who are more familiar with quick "majority rule" voting. Volunteers who find themselves facilitating this kind of discussion might do best to stand back and observe quietly as leaders emerge and give their arguments and participants are finally persuaded to agree on a given course of action.

* By ritualized public show and later private action: Astute observers have pointed out that in some cultures, public decision making that appears to be dominated by a particular individual or group is more participatory than one might think.

In a Senegalese village, for example, women who were supposed to be determining their own needs for income-generating activities would wait to be called on by the male chief, who would then repeat their short and seemingly overly-agreeable responses to the training team. Women who spoke up spontaneously and appeared to be participating the most actively turned out to be low caste individuals who served almost as jesters on such occasions. The women finally reached consensus by nodding and by their "enthused silence," for in this society, not to speak indicates a position of honor. After the meeting was over, the women met privately to make actual decisions and creatively analyze options, risks and rewards.

These examples of decision making structures in other cultures suggest that Volunteers should take great care to observe what is really happening before too hastily imposing modern NFE techniques and strategies for participation where traditional methods do just as well - or better.