16 Continuous Production of Soy Sauce in a Bioreactor

Soy sauce is a traditional all-purpose seasoning with a salty taste and sharp Havor. In the conventional method of brewing soy sauce (Figure 1), cooked soybeans and roasted wheat are mixed with spores of Aspergillus species and fermented in solid culture for 2 days to produce koji. The koji is then mixed with brine to make moromi, the mash that ferments to produce soy sauce. Over time the soybeans and wheat are hydrolyzed by enzymes such as proteinases, peptidases, and amylases. During the first stage of moromi fermentation, Pediococcus halophilus grows and produces lactic acid, which lowers the pH. Accompanying the decrease in pH, vigorous alcohol fermentation by Zygosaccharomy-ces rouxii occurs. As a result, 2 to 3 percent ethanol and many kinds of aroma components are produced by this yeast. At the same time, phenolic compounds such as 4-ethylguaiacol (4EG) and 4-ethylphenol, which add characteristic aroma to soy sauce, are produced by other types of yeasts such as Candida versatilis and Candida etchellsii.

It takes over 6 months for the entire fermentation and aging of the morommi mash. Therefore, shortening this period is important and new processes for soy sauce brewing are desirable. This paper describes the continuous production of soy sauce in a bioreactor system, which consists of reactors containing immobilized glutaminase and immobilized cells of P. halophilus, Z. rouxii, and C. versatilis.

In the bioreactor method, raw liquid was successively passed through, first, a glutaminase reactor to increase glutamic acid; second, a P. halophilus reactor to carry out lactic acid fermentation; and, third, a Z. rouxii reactor to carry out alcohol fermentation and a C. versatilis reactor to produce phenolic compounds such as 4-ethylguaiacol. Two reactors containing immobilized yeast cells were set in parallel, and the flow rate of the feed solution to the Z. rouxii and C. versatilis reactors was set in a ratio of 10 to 1. Carrier, packed gel volume, and operating conditions such as residence time, temperature, and aeration in each reactor are shown in Table 1. 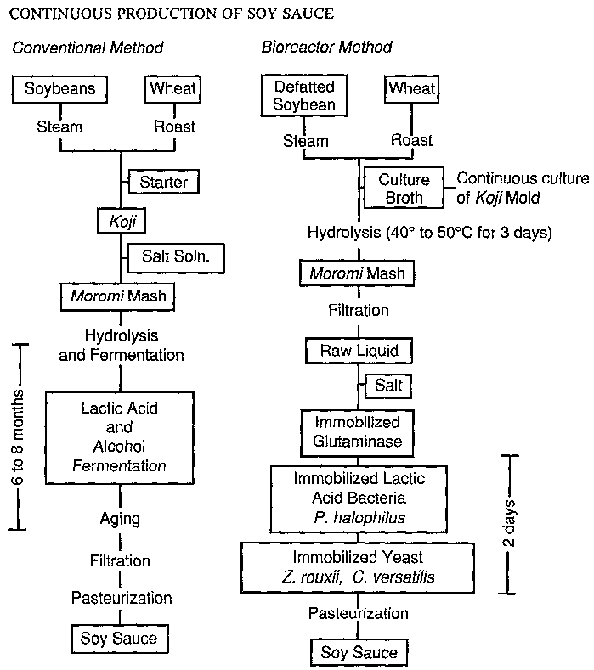 TABLE 1 Conditions of Fermentation in Each Reactor

High numbers of viable cells were present in the gel and liquid in each reactor. The number was 10- to 100-fold higher in moromi mash. The shortening of the fermentation period in the bioreactor method is possibly due to the high density of immobilized cells in the gel and free cells in the liquid.

The main chemical components of the fermented liquid from the bioreactors were examined, including lactic acid, glucose, ethanol, and nitrogenous compounds. 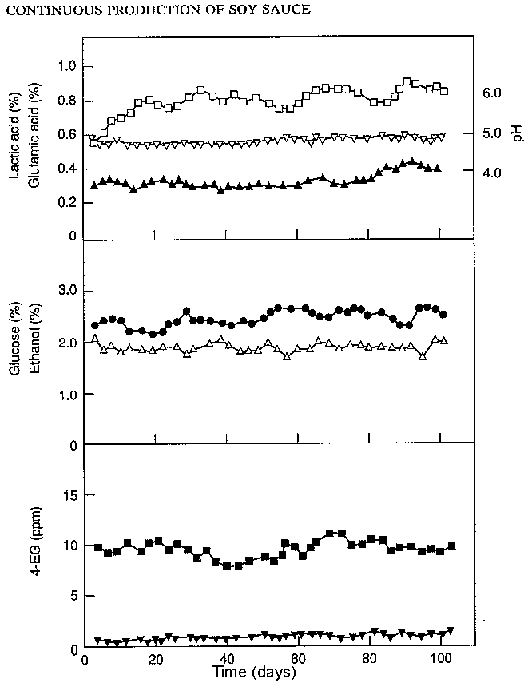 FIGURE 2 Profile of continuous fermentation of soy sauce by a bioreactor system. (), lactic acid; (a), glutamic acid (values indicate the increase in the amount of glutamic acid); (v) pH; (•), ethanol; (D), glucose; 4-KG after passing through the C. versatilis reactor; 4-KG in the final product.

To evaluate the aesthetic qualities of the bioreactor-produced soy sauce, sensory tests were carried out. For example' the intensity of the alcoholic, fresh, sweet, acid, and sharp odors as well as the special lZiga (baking aroma) and bushoshu (foul fermented aroma) were compared between the bioreactor and conventional soy sauces. The odors are important for the quality of soy sauce. Although the bioreactor soy sauce was a little weaker in aroma and fresh odor than the conventional soy sauce, the quality of the former was generally judged to be similar to that of the latter.

The total time required for the production of soy sauce by the bioreactor system, including enzymatic hydrolysis of the raw materials, fermentation with immobilized whole cells, and the refining process, is only about 2 weeks (2). This is considerably shorter than the 6 months with the conventional method of soy sauce brewing consisting of koji making, fermentation and aging of morons, and refining.

From these results we conclude that the quality of the bioreactor soy sauce was very similar to that of the conventional soy sauce from both chemical and sensory evaluations and that the bioreactor system is practical for the production of soy sauce.