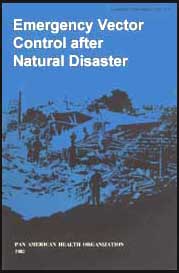 Most Latin American countries are highly vulnerable to natural disasters (earthquakes, hurricanes, floods, etc.). The consequences are immediate in terms of loss of lives and suffering. Longer term consequences can include serious setbacks in national development plans.

The Caribbean area is also vulnerable to natural disasters, such as hurricanes. Barbados was hit in 1955, Haiti in 1964, Dominica and the Dominican Republic in 1979, Saint Lucia, Haiti end Jamaica in 1980. Earthquakes have also occurred in Trinidad and Tobago, Jamaica and Antigua. Floods and landslides affect most of the islands. The disruption caused by natural disasters is magnified by the physical isolation of each country and the fact that, in most cases, the impact extended over the entire nation.

Disaster preparedness is a significant part of the overall strategy for achieving Health for All by the Year 2000. There is probably no event that so severely tests the adequacy of a nation's health infrastructure as the occurrence of a sudden natural disaster such as an earthquake, hurricane or flood. Especially in smaller developing countries, economic progress can also be jeopardized.

To a large extent, a solid, well-planned health delivery system that routinely includes the educated participation of the community is the most important preparation for a natural catastrophe. However, rapid recovery from large-scale natural disasters requires that special preparations and procedures be in place well before the disaster occurs. By definition, a disaster of large magnitude is one that overwhelms a community's normal response capacity.

The series of manuals on disaster preparedness issued by the Pan American Health Organization is designed to respond to the call from Member Countries to "disseminate the appropriate guidelines and manuals" so as to assist health workers in the Americas in developing disaster preparedness plans and training the necessary human resources. Given the suddenness of their occurrence and the importance of speedy measures to prevent potential morbidity and mortality, natural disasters demand that a nation use appropriate technology and its own human resources during the immediate emergency. Dependence on outside resources can create a time lag that may have serious consequences for the health and well-being of the affected population.

This manual is a companion piece to the guide Emergency Health Management after Natural Disaster (PAHO Sci. Pub. No. 407, 1981), and provides technical guidelines on specific chapters contained in the parent guide. The parent guide provides an overview intended to be of use to policy makers and the administrators responsible for health service delivery after the occurrence of disaster in developing nations. This manual is directed to an audience which consists of the senior technical officers involved in postdisaster health relief. Given the importance of intersectoral collaboration for effective relief efforts, the manual also provides guidelines for such cooperation.

The general principles and observations in this manual are relevant throughout the developing world. Special emphasis is, however, given to the experiences and needs of Latin America and the Caribbean. It is hoped that the manual will serve as a framework for developing national manuals, adapted to local circumstances, and that disaster preparedness will become an integrated component of national plans of action toward Health for All by the Year 2000.