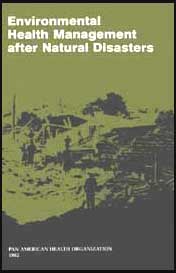 In 1977, the World Health Assembly decided that the main social target of the governments and of WHO should be the attainment by all people of the world by the year 2000 of a level of health that would permit them to lead a socially and economically productive life, that is, the goal popularly known as "health for all by the year 2000. "

In 1978 the International Conference on Primary Health Care (Alma-Ata, USSR) declared that, as a central function of the national health system and an integral part of economic and social development, primary health care was the key to achieving that goal. Subsequently, the governments committed themselves-at the global level at the World Health Assembly, and at the regional level at meetings of' the PA HO Governing Bodies-to implement the resolutions adopted for attaining health for all In the Americas the high point of these mandates was reached on 28 September 1981 when the Directing Council of PAHO approved the Plan of Action for implementing the regional strategies for health for all by the year 2000. These strategies had been approved by the Directing Council in 1980 (Resolution XX) and today constitute the basis of PAHO's policy and programming, and represent in addition the contribution of the Region of the Americas to the global strategies of WHO.

The Plan of Action approved by the Directing Council curtains the minimum goals and regional objectives, as well as the actions governments of the Americas and the Organization must take in order to attain health for all The Plan, continental in nature, is essentially dynamic and is addressed not only to current problems but also to' those likely to arise from the application of' the strategies and the fulfillment of regional goals and objectives. It also defines priority areas that will serve as a basis in developing the program and the necessary infrastructure, for national and international action